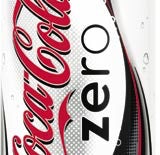 Coca-Cola has remade its iconic “I’d Like to Buy the World a Coke” television ad to promote its new no-sugar variant, Coke Zero.

The famous 1971 feel-good ad, which was shot on a hilltop in Italy, has been recreated by Miami agency Crispin Porter &amp; Bogusky. It was shot last week in Philadelphia and will break at the end of June in the US.

Coke Zero has just launched in the US; the strapline for the new ad will be “Everybody Chill”.

Senior vice-president for Coca-Cola brands in North America Katie Bayne says bringing back the ad is “appropriate for the time”.

The no-calorie drink will be aimed at 18- to 34-year-olds, particularly males who have shied away from traditional diet drinks such as Diet Coke.

Coke Zero will be a direct rival of Pepsi One, the one-calorie version of Diet Pepsi.

When details of the drink were revealed earlier this year, director of marketing for Coca-Cola Zero Christine Holland said: “Coca-Cola Zero’s personality will be different from any of our other brands, and our marketing will reflect that with some fresh ideas that we haven’t tried before.”

Your special report training & development (MW June 2) gave a broad overview of needs and trends, but it did miss a trick.

Printer company Lexmark is believed to be reviewing its European media planning business. The media contract is estimated to be worth $7.5m (£4.2m) in the UK alone, and a total of $25m (£14m) across the continent as a whole. The company has reportedly drawn up a shortlist of three agencies for the Europe-wide contract. The […]

Initiative Media has won the global media buying and planning account for luggage brand Samsonite. It will launch a new global advertising campaign, created by TBWA, later this year.