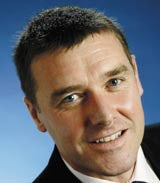 If direct mail sneezes, does the rest of direct marketing catch a cold? The first sniff of trouble came with the release of figures showing that direct mail volumes declined in the first quarter of this year. To other media that have been suffering a drop in advertiser activity for the past few years, this might not seem that significant. But direct mail has been on a growth curve since 1992. And if it does herald further slowdowns in activity for the rest of the year, what is to blame?

To some, it is simply a reflection of the economic cycle. To others, it is the fault of the declining availability and quality of cold prospecting data. And to many, it is just the long overdue checking of a type of marketing that should have been reined in long ago.

“Macro-economics have a strong influence on the current state, although they are not the sole influence,” says Barry Leeson-Earle, director of media independent and list broker Tri-Direct. He points out that consumers have been paying off more than they borrow on credit cards for the first time in a decade.

Combined with the chill in the housing market, it is no surprise that banks and credit cards have been mailing less. “There is a cycle to these things. The insurance market a few years ago was subdued. It is going great guns now,” he says.

His company has seen data sales grow by eight per cent in the first half of the year. This contrasts with anecdotal stories that large data owners, such as lifestyle survey companies, have seen a severe fall in activity. “Data sales are in the toilet,” says one source bluntly.

This is a modest rise for Tri-Direct, however, compared to the 100 per cent growth in press advertising, 35 per cent in door-to-door and 24 per cent in inserts it has seen so far. The fortunes of one company do not necessarily reflect overall industry trends, but they do reflect a shift in emphasis.

Many direct mail users have been experiencing softer response rates this year. With a high cost of entry, the medium is not one that has a permanent place on many media schedules. Marketers are looking closely at how to maximise their investment in mailings or find other ways to hit their targets. Leeson-Earle says data owners are to blame at least in part for the current downturn: “The data industry needs to be more creative in how it does things.” Many of the variables available via lifestyle surveys were captured at the request of fee-paying packaged goods clients, but have less salience in other sectors. Valued data, such as insurance renewal dates, continues to be elusive.

As a result, companies in direct insurance, for instance, are trying to capture this information for themselves via digital channels. “The problem is that people are shopping around more and have lower conversion rates. The goal now is getting on the shopping list via the internet, because that is less expensive,” says Andrew Kennerley, data director at direct marketing agency Presky Maves.

The smart money is moving into search-engine marketing, reflecting the fact that a large number of insurance policies originate from an online search. Consumer behaviour is changing fast in this market, while marketing plays catch-up. Direct mail will only remain salient if it can be applied at the right point in the buying cycle.

Kennerley points out that cold mailing is still highly effective if the right data is used. “We’ve used a couple of cold lists where we got a 30 per cent response for a Glenfiddich mailing. That was where people had signed up and said they were whisky drinkers. If you are telling them a good story with an appropriate message, they are happy to receive it,” he says.

Relevance is the buzzword on everybody’s lips at the moment. The reality of direct mail’s formerly relentless growth is that it was based on a pure numbers game. Large brands used economies of scale in direct mail production to contact every consumer routinely.

Neil Fox, director of planning at TDA, argues that as a result direct mail is simply reaping what it has sown. “The direct mail industry has been able to make a lot of money, particularly list owners, printers and the Royal Mail, from running large and untargeted campaigns on the basis of getting a one per cent response rate. That is not what we should be about,” he says.

Before the arrival of the American credit card issuers, Barclaycard was the dominant player in the UK. For 12 years, its most successful direct mail piece described the card as “the ultimate shock absorber”, offering a buffer between buying and paying. When MBNA and Capital One recognised that UK consumers would pay high APRs, they began high-volume mailings offering low introductory rates.

“That created the environment for the current situation which is reaching terminal velocity. But no credit card company is going to switch that off, despite bad debt and retention problems,” says Fox. Even Barclaycard was forced to move into the same numbers game.

The message has got lost in the medium, in much the same way that many brands have led people to love their advertising but have no loyalty to the company. “Broadcast advertising has enabled brands to become lazy because they can do mass marketing cheaply. The irony is that the same laziness has played itself into one-to-one marketing and direct mail,” he says.

Not all brands have become involved in the cycle of over-mailing and under-performance. At independent agency Tullo Marshall Warren, clients such as T-Mobile do no mailings to cold lists. They rely on direct-response advertising and other channels to raise interest.

The use of direct mail reflects more sophisticated planning. “For Unilever, we bought 1.5 million records with data on what spreads people use, whether they are concerned about cholesterol. The variables are out there,” says data account director Andy Ridings. quality spread

Unilever has been overlaying the profile of existing Flora users on to cold data, sifting to identify non-current potential users. “Direct mail is the most expensive medium so you have got to be careful that each pack pays for itself. You can’t just mail 10 million people with an offer – you will never get a return on investment,” says Ridings.

The effect of the Flora direct mail campaigns is measured via coupon redemption and through comparing buying activity among Tesco Clubcard holders compared to a test cell that is not mailed. The brand watches closely for changes in the average weight and frequency of purchase, brand penetration and brand trial.

Critical to success with direct mail is not giving a false impression of the ultimate brand and product experience. Ridings points to a direct wine operation his agency worked with. Analysis of the customer database showed that the company recruited customers using low-price case deals, but consumers buying on discount were not likely to repeat purchase.

Not everybody in the DM industry accepts that there is a cooling off in direct mail activity. Mary Mulligan, data director at OgilvyOne, says: “I don’t see any evidence of a massive return to in-house list-building at the expense of cold lists.” She notes that for new product launches or extending reach into new customer groups, cold data comes into its own. “Take BT’s wish to target students with its broadband product. The solution in this instance would be to buy in a cold list of students,” she says.

Even a variable that might be considered arcane can often be found on lifestyle surveys. When OgilvyOne launched Tagamet for GSK, it did not have information on who needed heartburn relief or acid indigestion prevention. Yet a lifestyle data owner held a file of individuals with these conditions.

“There will always be a role for cold data in direct marketing. But the key is not to take cold lists at face value. Examined intelligently, they provide a lot more information than you think,” says Mulligan.