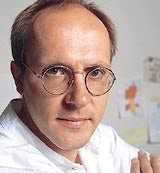 Cold Eye, the creative agency set up by former Maher Bird Associates partners Philip Bird and Mark Tomblin, will cease trading within the next month.

The London agency, which opened its doors more than three years ago, has completed work for all its clients and is being wound up by its partners.

Managing director and partner Tomblin and his co-partners, Phillip Bird and Stuart Woodington, are understood to have other jobs to go to, as have Cold Eye’s three other full-time staff.

Tomblin and Bird were previously partners and shareholders of Maher Bird, where Woodington was head of copy.

Tomblin says all accounts with suppliers and clients have been settled. He adds: “We decided at the start of this year to close down in a controlled way, as things weren’t working out as we had hoped.

“Cold Eye is still profitable, but we are stopping while it’s ahead of the game. The company wasn’t growing in the way we wanted it to.

“There is no bad blood. We started Cold Eye because we wanted to work together and it was a joint decision to close.”

Most accounts were won on a project basis and the only business likely to be up for grabs is for Tussaud’s Thorpe Park. Cold Eye’s most recent TV work for the theme park broke earlier this month.