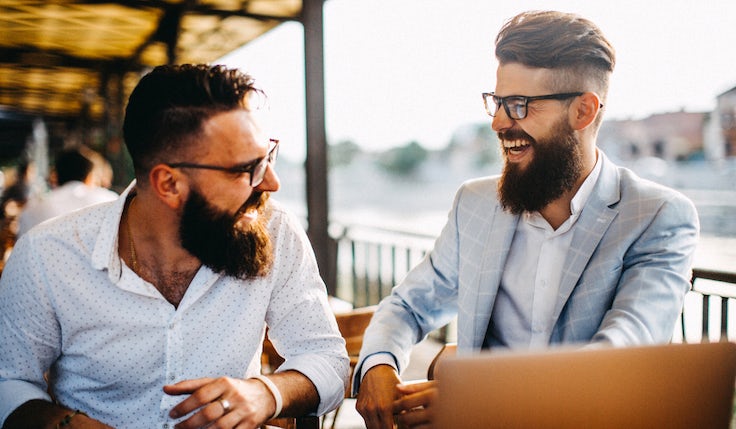 Hipster. It’s an insult these days, a byword for pretentiousness. Hipsters are to blame for the proliferation of skinny jeans, beads, check shirts, tattoos and fixed-wheel bikes.

Back in the 1940s, hipsters were associated with jazz and alternative lifestyles. Jack Kerouac’s novel On the Road novel would see them as outside  ‘normal’ society.

About 20 years ago, a new hipster emerged from Brooklyn, New York and from East London. What started out as a number of people with a weird fetish for trucker caps gradually moved on to coffee, beer, pizza, gin, ice cream, artisan soups and chocolate. And now hipsterism is mainstream. Even  Holiday Inn has gluten-free bread. The hipsters have won.

As Financial Times columnist, Janan Ganesh points out: “Who, the hip are entitled to ask, are we kidding here? There is more than an element of denial in our loathing of them. After all, it is to them that we turn for guidance on matters of taste.”

Hipsters were on the edge of what was perceived as mainstream. Now their tastes are part of our lives – and it all happened gradually and indirectly. As a result, we did not see it happening so we don’t recognise how much we owe the hipster.

When you look at where a lot of things that we are reliant on today, you can find  they were originally at the very edge of acceptability in society and culture. Sometimes they were even illegal.

Mark Zuckerberg’s original university project was a website called ‘FaceMash’ that allowed you to rank the attractiveness of female students – a sort of ‘hot or not’ for Harvard students.

Tesla’s first car was a $109,000 electric-powered two-seater sports car called a Roadster based on a Lotus chassis that had not even sold 1,000 cars. As a car fanatic, I can tell you that I looked at the Roadster when it came out, and said to myself, ‘not in this lifetime nor the next will that take-off’. Elon Musk’s Tesla Roadster was the payload for one of his space rockets test flights and has now done an orbit of the Sun. So there was some sort of take-off!

Hispters, Facebook and Tesla were ‘experiments’ that went on to change either our world or our perception of it. Each started out as something basically crazy, but vindicated by knowing what it was building was ultimately worth it

What’s on the edge today?

What’s on the edge right now? Cannabis usage has gone from the ‘edge’ to mainstream very quickly in the US, but not so much in the UK. It feels like something that is just about to become legal.

The narrative around fast-fashion and its effect on the environment and working conditions looks likely to lead to increased pressure on consumers to buy less clothing. That feels like something that is just on the edge now.

Could one-season or even one wear disposable items that quickly end up in landfill fall out of fashion? Oxfam had a campaign asking people not to buy new clothes for the whole of September – just before London Fashion Week. Watch out for clothing lines being launched that last for years, instead of just a few washes.

Plastics and food packaging are also on this edge – just like drinking straws were until a year or two ago. The concept of using plastics that don’t disappear for thousands of years to wrap the salad you ate in five minutes does not sound like something that can continue indefinitely.

Understand that the edge is where opportunity is. By learning to become more comfortable there, you can find yourself surrounded more opportunities.

What about climate change? According to Sir Ian Boyd, the government’s chief environment scientist, we must use less transport, eat less red meat and buy fewer clothes if the UK is to halt greenhouse gas emissions by 2050.

How can marketers use what on the edge?

First, we must understand that the edge is where opportunity is. By learning to become more comfortable there, you can find yourself surrounded more opportunities.

The second point is to believe that if you want to discover and understand the biggest opportunities, it will require you to be at the edge of your comfort zone and comfort zones of potentially a lot of other people as well. How does telling people not to go shopping or buy fast fashion or take a flight feel?

The third concept to understand is that the day before a breakthrough or new taste goes mainstream, it’s regarded as a crazy idea. Smoking pot being an everyday occurrence? Not something I can really get my head around today. Blockchain: I think I understand it, and I know there is something in it, but it still sounds crazy.

What should we do in our day-to-day to tap into the edge?

We must develop a new mental model of our world, one in which we are willing to be on the edge a little more than most people. It takes courage to believe in what we’re doing.

But instead of doing something high risk, we can manage and mitigate risk by increasing the number of tests, experiments and small bets in our day-to-day roles – and in our lives. We don’t have to risk everything on one throw. Instead, we are looking for things that give us fast feedback loops.

Learn from the worlds of startups and their ethos of building and executing experiments, as well as iterating constantly to make adjustments. Read Eric Ries’ book, The Lean Startup. Understand innovation sprints, and how to prototype and validate ideas in five days using Jake Knapp’s book Sprint.

As for hipsters, I like them. We have them to personally thank for avocado on sourdough bread, IPA beer, great coffee, more vinyl records and better burgers. The average standard of all of these is a million times better than even 10 years ago. Janan Ganesh describes it beautifully: “A small sect of people decided to be insufferable snobs about such matters, a slightly larger number patronised their wares, a sort of critical mass was attained, and supermarkets and other mainstream producers had to raise their game in response.”

We do not recognise our debt to the crazy people on the edge.

If only they would stop with the preposterous beards. 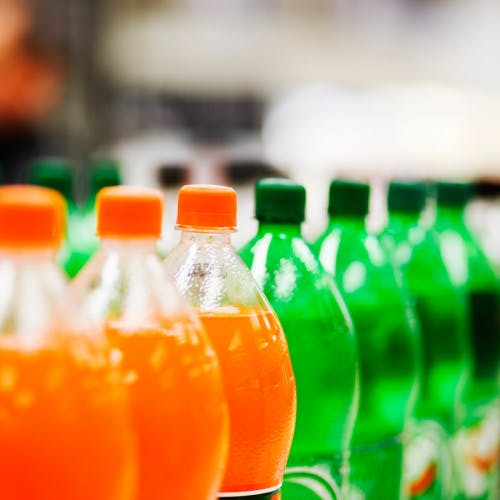 Marketing Week reveals the top 10 marketers in the FMCG sector, part of our Top 100 Most Effective Marketers project. 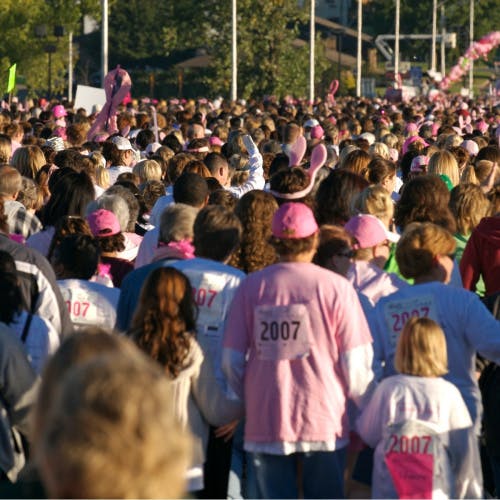 Marketing Week reveals the top 10 marketers in the charity and public sectors, part of our Top 100 Most Effective Marketers project.