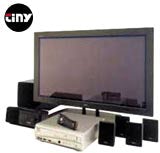 Coltas has been appointed to handle a &£5m press campaign for the launch of Tiny Computers’ Takami digital entertainment system.

The move follows the launch of Tiny’s direct sales operation, which is also being run by Coltas from its Glasgow offices. However, staff will be trained and managed by a team at Tiny’s global headquarters in Surrey.

Tiny, which claims to be the UK’s largest PC manufacturer, has about 140 retail outlets across the country.

Last November the retail arm of ScottishPower formed a partnership with Tiny Computers to introduce a range of computer products into its out-of-town stores for the first time. The concessions sell Tiny PCs and accessories such as digital cameras, scanners and printers.