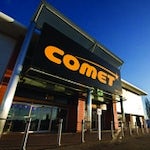 The consumer electricals retailer has revamped its brand identity and stores and is running a television campaign to communicate its new “fun” brand personality.

The retailer, which is owned by Kesa Electricals, has also introduced a new brand strapline “Come and Play” to encourage consumers to associate Comet with the lifestyle aspects of buying and enjoying new electricals.

Comet commercial director Bob Darke says the rebrand is part of a strategy to shift the focus of the brand onto the emotional engagement with the products, rather than the functionality of the retailer.

The chain has also update its in-store language to illustrate lifestyle attributes rather than functional. For instance the cooker department is now indicated with the words “Bake, Boil and Grill” rather than “cookers.”

Comet is refurbishing more than 60 of its 250 UK stores to make the space and product displays more “open” ahead of the peak Christmas period.

Darke says: “We want to revive the in-store experience and make it the best bit of choosing products.”

He adds that the integrated marketing plan aims to change perceptions of the brand and raise customer expectations of the electricals category.

The first ad breaks on ITV during the European Champions League football game on Wednesday (15 September) and shows Comet staff playing a game of football using hairdryers to blow the ball.

Comet is due to report financial results on 16 September. 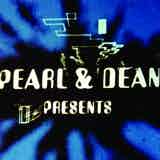 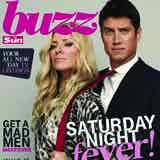 The Sun is unveiling a multi-million pound marketing campaign entitled ’Entertainment Bottled’ to promote Buzz its new Saturday magazine, which launches on 18 September.