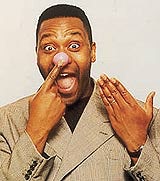 Comic Relief has turned to viral e-mail marketing techniques for the charity’s Drop the Debt campaign.

The charity group claims 10,000 people have responded to the viral e-mail campaign in one month. It is the first time it has used e-mail to gather support for a campaign.

Drop the Debt is a campaign by the Jubilee 2000 coalition – Comic Relief, Oxfam, Christian Aid and CAFOD – which aims to put pressure on the G7 world leaders to cancel Third World debt. The G7 governments are the UK, the US, Germany, Canada, France, Japan and Italy.

Comic Relief sent e-mail messages from celebrities, including Ewan McGregor, Ali-G and Lenny Henry, which are passed on by recipients to their friends and colleagues, creating a self-perpetuating effect.

Recipients who want to take part send an e-mail supporting the campaign, which is forwarded by Comic Relief to the G7 leaders before their July 21 meeting in Japan.