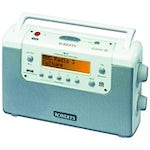 However, commercial radio chiefs are confident that the medium will be able to maintain its share of what the Central Office of Information (COI) does spend.

Government spending on advertising is set to drop by 50% in the current financial year with an immediate freeze on “non-essential” spending put in place by the coalition administration last month.

Cuts of this kind could hit radio hard, according to analysts, because of the amount of revenue generated by public sector money.

According to Nielsen Media Research, commercial radio derived almost a quarter (24.96%) of its revenue from the COI in the year to 10 February with £58.1m spent by the communications department in the period, up from £48.1m a year earlier.

Commercial radio’s biggest players, Global Radio and Bauer Media will also expect to see a dent in their advertising revenues. According to Billetts Media Monitoring, the COI spent 7% of its 2009 outlay at Global stations including Heart and Capital, while Bauer Media, which also includes magazines, saw 5% of the COI’s money.

Grant Goddard, independent radio analyst, says commercial radio will be “hardest hit” by any cut to the COI budget because of its current reliance on the public purse.

Commercial radio chiefs will be hoping the sector’s recent recovery is not reversed by the anticipated drop in revenue from the COI. A recent WARC/AA study found that radio grew its share of the total display advertising market from 5.8% to 5.9% in 2009, while revenue increased by 6.3% in the final quarter of 2009.

The sector also registered its highest listening figures since 2002 in the first three months of the year with over 32 million people tuning in each week.

Simon Redican, managing director of the Radio Advertising Bureau, says although radio will not be immune from the cuts, it is “well placed” to “fight its corner” and be included in the campaigns that do escape the axe.

“If the Government takes a line by line approach to reviewing advertising spending then radio is in a good position,” he says.

“In audience terms, radio continues to attract hard to reach audiences and allows national government to speak at a local level. What’s more, in investment terms, radio is easily the most cost efficient medium for tax payers’ money.

As such, we are optimistic that radio’s strengths will be recognised as COI budgets come under ever greater scrutiny,” he adds. 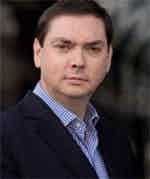