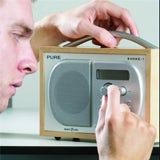 Commercial radio broadcasts an average of 19 news bulletins a day, with 70 per cent of news bulletins containing local news, according to a report from RadioCentre to coincide with their campaign.

“Commercial radio has been through some big changes in the last few years, with the launch of new national and regional brands offering a genuine alternative to the BBC,” said Andrew Harrison, chief executive of RadioCentre. “However, this report shows that is only part of the story. The vast majority of commercial stations are locally-focused and are still making a vital contribution to their communities by offering real public value.

“Commercial radio achieved its biggest ever audience over the last quarter, with the potent combination of national networks and local services proving hugely successful in attracting listeners. This survey shows that these stations not only entertain, but also have a real impact on people’s lives.”