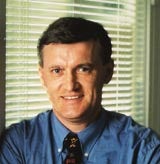 The Radio Advertising Bureau (RAB) is to introduce network programming for the first time to help commercial radio fight the BBC and encourage more national advertisers to use the medium.

The news comes as media buyers are warning that radio’s share of national advertising will slip from seven per cent this year due to decreased spending from major advertisers and a less buoyant market. The RAB believes that its new focus will help to protect what radio has already achieved and increase its hold on the market.

The new strategy, which is being overseen by RAB chief executive Douglas McArthur, has been developed following the success of UK Radio Aid, which involved the major radio groups broadcasting a day of special programming to raise money for the Asian tsunami.

The RAB’s ideas include linking with television for a cross-platform game show, a mid-week entertainment show and an adult contemporary music programme.

McArthur says he has also spoken to programme chiefs about clearing weekend schedules for a “radio event” that could offer sponsorship opportunities.

The RAB is also proposing that commercial radio stations set up a single music download service instead of each radio group running individual schemes, and McArthur claims he is close to getting all of the radio groups back into one network chart. EMAP left the Network Chart, now called Hit40UK, in 2002 after it decided to launch a Smash Hits!-branded chart.

McArthur is keen to point out that the RAB will act as a catalyst for the projects and will not be directly involved. The organisation will also remain dedicated to its core business of promoting radio and educating advertisers and agencies of its potential.