The Commonwealth Games, which take place every four years, are a major event in the sports calendar. The next Games, at Delhi in 2010, will field something like 5,000 athletes across 17 disciplines, involve 53 members and 71 teams. Elite athletes such as Daley Thompson and Denise Lewis cannot speak highly enough of them. Winning a gold medal brings great kudos and, no less importantly, provides a springboard to Olympic achievement two years later. Dame Kelly Holmes (pictured), herself a CG medallist and one of our greatest Olympic athletes, was appointed president of the Commonwealth Games earlier this year.

So, making money from the event should be a cinch. Wrong. Despite the fact that the England team, or Team England as it is likely to be known, is usually one of the top three medal winners, it has never attracted a great deal of money.

Traditionally the England team has been funded by the National Lottery and the Exchequer. The money is channelled through Sport England, formerly the English Sports Council, which reports to the department of culture, media and sport (DCMS). Unlike the Olympics team, the Commonwealth Games team has never been successful – partly because it did not need to try very hard – at attracting sponsorship and commercial partnerships.

But all that has got to change. Sport England has declared that Team England must stand on its own two feet, by garnering what commercial support it can. Earlier this year Sport England put aside a lump sum to create for the first time a marketing arm and last month appointed, on Team England’s behalf, its first marketing director, Duncan Lewis.

Lewis is what you might call a heavyweight: previously group marketing director at Land Securities, he has also held senior roles at Barclays Bank and Carlson Leisure Group. His remit is not only to plug short-term funding difficulties but to build an attractive positioning for the Commonwealth Games England brand. One of his first actions has been to appoint Corporate Edge, the brand identity specialist, to help him.

The task they face, despite the evident benefits of the proposition outlined above, will not be easy. For one thing, the Commonwealth Games are a bit of an historical oddity. Their spiritual founder, the Reverend Astley Cooper – writing in The Times in 1891 – dubbed them a “pan-Britannic, pan-Anglican contest and festival”. And when they did finally take flight in 1930, they were known as the British Empire Games. While undoubtedly “multicultural”, high empire is not a theme calculated to appeal to contemporary tastes, so generations of Games organisers have tended to duck the issue of heritage. What has filled the void, if inexplicitly, is a pale and incomplete version of the Olympics.

More problematic is the branding of Team England. The Olympics requires of us only that we should be British. Not so the Commonwealth Games, which insists we field individual teams from England, Wales, Ireland and Scotland. Uniquely, this is a problem for the English; everyone else can be Celtically chippy and get away with it.

Don’t believe me? Then look at the pickle the British tourist authorities (also the responsibility of the DCMS) have got themselves into over national identity in the post-Devolution era. First the British Tourism Authority was merged with the English Tourist Board in 2003 to give us VisitBritain, which resulted in England’s tourist identity being all but annihilated. Wales, Northern Ireland and Scotland, on the other hand, got their own, separately funded, tourist marketing organisations. The absurdity of this was only officially recognised earlier this year with the emergence of an English national marketing organisation, VisitEngland.

Frankly, you have to have some sympathy with the DCMS’ shilly-shallying. For what is Brand England? It’s all too easy to reach for negative connotations. A football team that never wins, perhaps because all our best players are foreign. Or should we go for “God for Harry, England and St George”? It’s interesting how St George seems to have been transformed, in the hands of the BNP’s Nick Griffin, from a figure of Mediaeval chivalry into the patron saint of raging xenophobia. As for that red cross on the flag, what can I say that Al-Qaeda has not? It brings to mind the crusades: a fact that certainly won’t play very well to Muslim communities, radical or not.

Lewis says he is mindful of these connotations, but believes the St George Cross is well on the way to rehabilitation. “We might have to adapt the brand symbols a little, but we certainly won’t be jettisoning them. There’s more permission to celebrate Englishness these days,” he adds.

Nonetheless, it’s best to circumnavigate any brand negatives and steer to the positives when building a sponsorship platform. The overall Commonwealth Games marquee was admirably set out by Sir Andrew Foster, the dynamic Mr Fixit who is chairman of the Commonwealth Games Council for England, at the time of his appointment two years ago:

“The Commonwealth Games is known as the ‘Friendly Games’ because it is a multinational and multi-cultural event, which truly epitomises internationalism. Sport is … beneficial to society in so many ways, encouraging self-expression, friendship and understanding.”

As for the commercial benefits of backing Team England, some recommend themselves. The 2010 Commonwealth Games will mark the inauguration of a “golden age” of sport for England stretching over five years. They are, of course, a preamble to the 2012 Olympics (though far more financially accessible to most would-be sponsors). But they also need to be seen in conjunction with the 2014 Commonwealth Games, which are being staged locally in Glasgow; the rugby league and rugby union world cups which are being held in this country; and a possibly successful bid to host the football world cup here.

Facebook will give users greater control over information given to third-party applications following pressure from the Privacy Commissioner of Canada. 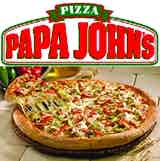