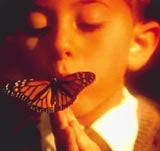 Compaq UK &amp; Ireland has promoted planning and market development director Hugh Barton to the position of director of marketing.

Barton replaces Robert Fedder, who has been appointed director of strategy and development. The moves are expected to lead to increased co-operation between the marketing and strategy departments.

Barton joined Compaq in February 2001 from KPMG Consulting, where he was a director in the information, communications and entertainment group.

Compaq is currently reviewing its European direct marketing work, including the £15m UK account, the majority of which is held by Banks Hoggins O’Shea/FCB.

Compaq is the world’s largest supplier of computing systems and is present in more than 200 countries. The company was established in the UK in 1984 and has its headquarters in Richmond, Surrey.