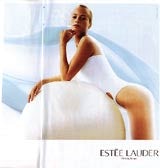 A KFC ad featuring telephone helpline staff singing with their mouths full has become the most complained about television advertisement so far this year.

In this week’s adjudications, the ASA has rejected police complaints about a poster ad for Coronation Street. Also created by BBH, the campaign featured two soap characters with the strapline: “Street crime is up again”. Police bodies in Berkshire and London complained because street crime figures are actually falling. The ASA says that “Street crime” is a play on words relating to the title of the show and has rejected the idea that the ads trivialised crime.

A Grey Worldwide TV ad for Pantene Pro-V shampoo and conditioner has been withdrawn over several “misleading” scientific claims about amino acids in the hair.

In a separate instance, a complaint about a magazine ad for an Estée Lauder anti-cellulite cream has been partly upheld with the advertisers told to avoid implying that the product can reduce the appearance of cellulite. The advertiser has however been cleared of making medicinal claims for an unlicensed product.

Complaints about Transport for London posters advertising “bendy buses” have also been partly upheld by the ASA. It has ruled that the claim of faster boarding is misleading and saying that the buses are “better from every angle” is also not justified. TfL has been told not to repeat the claim.