Hoban will be Confused.com’s first chief marketing officer and joins on 1 July from Directgov, where he holds the position of director of communications and engagement.

Confused.com started its search for a CMO in February. According to chief executive Carlton Hood, the move was to help the brand achieve its growth ambitions.

The search followed the success of rival Comparethemarket.com’s “Comparethemeerkat” campaign. The activity, which launched over a year ago, has boosted market share, traffic and sales for the company and prompted others in the sector to review their marketing campaigns.

Confused.com’s latest work featured people regretfully recalling what they could have bought if they had saved money on insurance using Confused.com.

Hoban will work with Beattie McGuinness Bungay after the agency was appointed to handle advertising in October. PHD handles media planning and buying for the price comparison site.

Hoban leaves Directgov after only 18 months in the job. He oversaw a new year campaign starring Kelly Brook, Suggs and Helen Mirren.

It is not known if he will be replaced. Earlier this week, the coalition government froze civil service recruitment as one of several measures aimed at reducing the deficit.

Prior to Directgov, Hoban was customer and brand marketing director at Scottish Widows. He has also previously held senior marketing positions at British Airways and Scottish & Newcastle.

Ladbrokes is aiming to tap into the £500m plus World Cup betting market by launching its “biggest ever” marketing campaign ahead of the tournament in June. 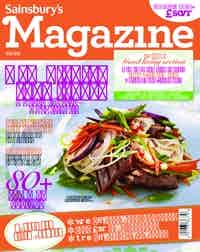 The Advertising Standards Authority unveils the most complained about advertisements of 2009. Number one, a campaign by the Christian Party that assured people that “There definitely is a God”.