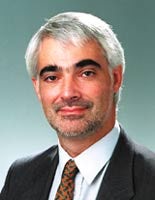 A poverty-stricken retirement beckons for those people in the UK who are not taking pensions seriously enough. According to the Association of British Insurers (ABI), there is a &£27bn gap between the amount that people should be saving for their retirement and what is actually being saved.

Acknowledging this, Secretary of State for Work and Pensions Alistair Darling promised last week to make pensions more straightforward, with “health warnings” spelling out the fact that the value of investments can go down as well as up. Detailed proposals will be outlined in the autumn.

Darling says: “We are looking at whether we have got the level of regulation right and whether we have the right drivers in the market to encourage choice and competition.”

Simpler, more easily understandable pension products may go some way towards encouraging people to plan ahead for their retirement. This is increasingly important: as life expectancy rises, people are having to save more to support themselves through a longer retirement.

But last month, Government pensions advisor Alan Pickering recommended an alternative solution. He suggested that the state pension age should rise to 70, to take into account lengthening lifespans. Male life expectancy is currently 75 years, while women can expect to live to 80. For both genders, life expectancy is rising at the rate of between one and two years every decade.

In March, the Institute for Public Policy Research recommended that the state pension age should rise to 67. At the time, Darling said the recommendation was “simplistic and misguided”, because the benefits of raising the retirement age would take years to filter through the system.

Furthermore, the Department for Work and Pensions says that the UK already struggles to provide employment for people until they are 65 and that about a third of over-50s are not in employment. The department is trying to change this, by launching the New Deal 50 plus scheme.

Also last week, financial services company AXA reopened the debate by echoing Pickering’s call for the state pension age to be raised to 70. It believes only “drastic action” will persuade people to save. Research by the company found that 40 per cent of people would save more for retirement if the state pension age was raised to 70, in the hope that they would still be able to afford to retire at 65.

AXA’s research highlights the apathy and confusion surrounding pensions. People effectively say they need to be frightened into saving more.

Industry experts believe that, historically, the pensions industry has not been helped by red tape, which forces them to create complicated products, leaving consumers cold. The pensions mis-selling scandal of the late Eighties and early Nineties, coupled with the more recent Equitable Life fiasco, have not helped.

But there are positive signs. Observers claim that the Government’s stakeholder pension plan, introduced last April, is a step towards making pensions simpler, clearer and cheaper. This is particularly true for low earners (those earning between &£9,000 and &£18,000), whom the Government is keen to encourage to save. The take-up of stakeholder schemes, however, has not been as extensive as the pensions industry had been expecting – only about 800,000 people have so far signed up to such schemes.

The Government has also spent &£6.5m on ads promoting pensions, and says the campaign is continuing. The Financial Services Authority is exploring “depolarisation” – which allows financial institutions such as banks to effectively become independent financial advisors (IFAs), able to recommend other companies’ products. As yet, the financial services industry is divided on the merits of opening up the market.

While the &£13.2bn pensions market is growing, Mintel figures show that more than a quarter of employees – 25.6 per cent – still do not have a pension.

The ABI believes the workplace should be used as a place to promote stakeholder pensions more frequently. At present, employers can promote certain types of pension, but there are stringent restrictions on such activity.

Consumers appear to want to take some of the responsibility of identifying a suitable pension scheme and arranging for payments. ABI research shows 70 per cent of employees would be happy to be advised at work, echoing AXA’s finding that 64 per cent of people think contributing to a pension plan should be compulsory for people who are in work.

ABI spokesman Malcolm Tarling says: “Take-up of stakeholder pensions has been encouraging, but more work needs to be done.”

For its part, the pensions industry has been working hard to promote its products. Pensions companies spent &£14.9m on advertising last year, up from &£11.7m in 2000 (AC Nielsen). However, AXA head of pensions marketing Steve Folkard believes advertising can only do part of the job.

He says: “People don’t want to retire at 70. Raising the retirement age will clarify what needs to be saved to enable people to retire earlier. We’ve been working hard to make our products easier to understand, but there must be more collaboration to make people aware there is an issue.”

However, since retirement age is a hot potato politically, it is unlikely that there will be any changes in policy in the short term, according to Richard Brooks, a research fellow at the Institute for Public Policy Research. He adds: “This is a long-term issue. If Darling says raising the retirement age is not a short-term answer, he’s right. It’s essential to the long-term solution, however.”

For now, it appears the Government is pinning its hopes on creating a savings culture, rather than extending people’s working lives.