Last week, the opposition party launched a £500,000 nationwide outdoor advertising campaign, which featured a giant image of party leader David Cameron alongside a pledge which read ‘We can’t go on like this. I’ll cut the deficit, not the NHS.’ Party officials later admitted that the image had been “touched up”.

Speaking to the BBC yesterday, Cameron confirmed the party planned to spend £18m – the legal limit on election campaigning, in the run up to this year’s general election, which is widely tipped to take place on 6 May.

Labour’s general election campaign spend is widely rumoured to be much less than the Tories amid fears the party could emerge from the campaign bankrupt.

Last year, The Conservatives unveiled a poster campaign that showed Gordon Brown and Alistair Darling with the hair and clothes of X-Factor favourites John and Edward. The Tories also became the first UK political party to advertise on Twitter.

UPDATE: General Motors has begun the process to close Saab, but has said it will also continue efforts to find a buyer for the Swedish carmaker.Formula One boss Bernie Ecclestone has emerged as the latest bidder for Saab, as the Swedish car marque waits to hear of its fate. 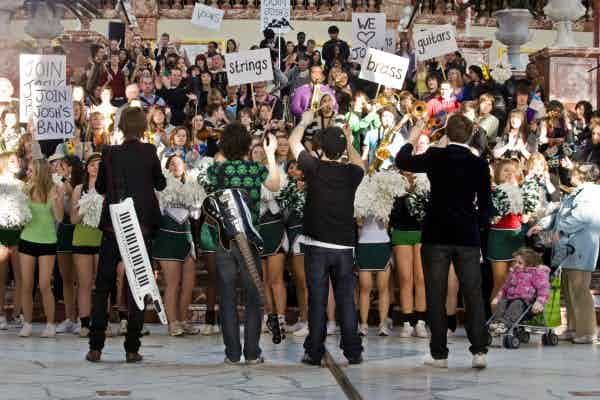 T-Mobile is launching the latest phase of its “Life’s for Sharing” ad campaign featuring the music video of a user-generated song called ‘Come with me’, set up using only T-Mobile’s free texts and internet for life offer.

Kia is launching a pan-European campaign to promote the extension of its seven-year warranty scheme to every model in the range.