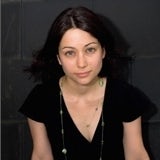 It believes the model will translate on a multi-region basis and says advantages offered by independents, such as bespoke planning and negotiations on a client-by-client rather than traded basis, hold truer than ever, despite an upsurge in global business practices. But network chiefs counter that independents have rallied on the same argument before, and that multinational shops hold advantages besides mere “trading” of media.

Jed Glanvill, chief executive of WPP Group-owned MindShare UK, says: “Buying gives you information, knowledge and a competitive advantage.” He says responding to clients on broad business and communications issues can only truly be done by those with the most resources and expertise.

Not so, argues Columbus managing director for Europe Kate Williams. She says many clients are becoming increasingly dissatisfied with multinational media agencies. Williams, former BLM international development director, adds: âIn the networks, deals are done across media owners for all clients. Ours is a bespoke solution: we aim for the best rates and the best strategy, rather than being tied into certain deals. Those deals are an advantage for the top ten advertisers but smaller ones are potentially shoe-horned into something that is not strategically the right solution.â

John Ayling, chairman of John Ayling &amp; Associates, says: “Big is not beautiful. The reality is the networks are not getting any more value than we are. Some 60% of business is going through companies that are in the trading business. Clients aren’t getting the best media plans for their brands.”

When Ayling launched his standalone media agency in 1978, just 3% of media in the UK went through a separate company. Most was still done in-house, with full-service agencies acting as one-stop shops. Within years the networks had established their own media shops offering expertise and scale benefits.

The success of the networks and the exorbitant cost of launching a standalone media agency, compared with a creative shop, has led to a trickle rather than a flow of new media independents. Yet in the past year, senior management from Carat and Starcom broke away to launch planning and buying outfit The7stars and EdwardsGroomSaunders (EGS), a communications planning specialist. Both management teams believe their experience in network agencies gives them a competitive edge.

EGS co-founder and former Starcom Europe Middle East and Africa managing partner Pete Edwards believes the network groups have an in-built advantage when it comes to buying, but independents have a role to play in offering “impartial” planning services. “There is a justification for consolidation in buying and there was always a requirement to have a sense of scale, but network group companies have now developed such expertise in buying that it leads their proposition,” he says. He believes that planning has suffered from the emphasis on trading and buying, and says both functions should be separated.

Planning for the future

The7stars co-founder and former Carat managing director Colin Mills disagrees. Mills, the agencyâs planning director, believes buying should be an integral part of any media agency. Furthermore, he believes media owners whose businesses have been squeezed by the networks welcome independents. âMedia owners genuinely want to support the start-ups,â he says. âIt is not in their interests to have businesses consolidating with so few buying points.â