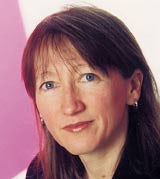 The media landscape has changed significantly over the past ten years. The catalyst for this has been the consolidation among media owners and media agencies as well as a technology-driven proliferation of choice for consumers and opportunities for advertisers.

Despite this change, media measurement surveys have remained static. Don’t get me wrong, though they are the subject of much debate and some criticism, the likes of BARB, NRS, Rajar and Postar offer perfectly adequate information, allowing for each medium to be planned and traded. But therein lies the problem: each measurement system is funded and shaped within the medium concerned, therefore measuring only a single medium.

Communication strategies are multimedia and often extend beyond spots and space, the trading currencies neither assist in planning such campaigns, nor in giving any idea of reach and frequency of exposure.

This issue is most acutely felt among agencies, and this is why the Institute of Practitioners in Advertising’s (IPA) Media Futures Group (MFG) has set up a team to develop a “consumer-centric” survey to cover all media consumption.

Much work has been done to ensure such a survey would be welcomed and participated in by media agencies. Rosemary Taylor conducted qualitative research among media planners to understand views on existing surveys and to identify where the divide should lie between the IPA and individual agency responsibilities.

The research fully endorsed the MFG view that the IPA should and could pioneer a “consumer- centric” cross-media survey.

The survey will seek to understand which forms of media a consumer is exposed to during the course of a day, a week and a month, from television to direct mail, through door drops to SMS. It will also uncover multimedia tasking – such as listening to the radio while surfing the Web.

Critical to its success will be its flexibility. It will need to be fused to the existing trading surveys, to measure all existing communication channels, expand to cover new channels and to be sensitive to platform as well as channel.

We have an open mind regarding which techniques will be used to achieve this, but have put out an initial brief to research agencies, and held a seminar to explore technological possibilities and to launch our intentions and work to date.

The response has been encouraging. Many advertisers and agencies are happy at the prospect of having a much clearer understanding of how media combines to create effective communication solutions. Media owners are also keen to be consulted and involved in the creation of a survey that will propel media into a broader context.

We at the MFG recognise this is a huge ambition, but are confident that with industry support the initiative will take huge steps in increasing our understanding of consumers’ relationship with the media and building the effectiveness of communications planning.