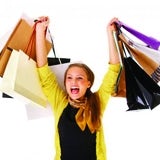 The research body warns, however, that consumer confidence is still largely negative and it is too early to predict.

The index takes five measures into account, and asks about personal financial situations over the last and coming 12 months, the general economic situation over the same period and whether it is the right time to make major purchases or save money.

The index increased across all measures in May.

Nick Moon managing director of GfK NOP Social Research, says: “We have seen an almost unprecedented jump in consumer confidence this month. May’s figures show the second largest rise ever. But before the businesses celebrate, it should be pointed out that this is just one month’s figure and it is far too early to know whether this could be the start of an upward trend.”

GfK surveyed more than 2000 adults in the first two weeks in May on behalf of the European Commission.