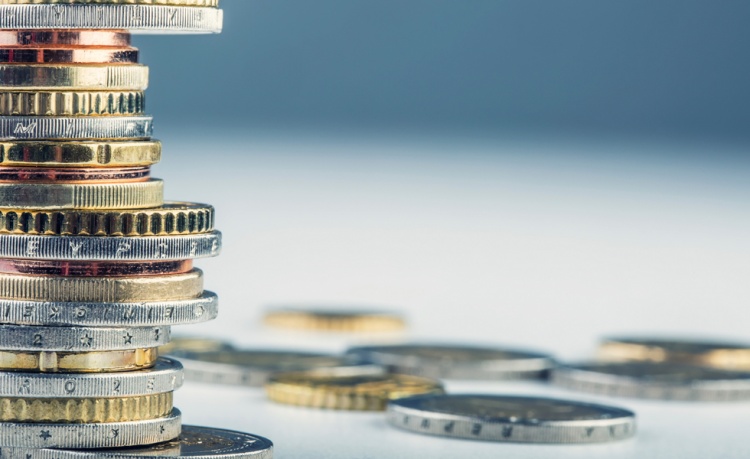 Consumer confidence dropped to its lowest level in five years in December and there is likely “more downside” to come as Brexit twists and turns leave little room for manoeuvre for marketers and retailers.

According to GfK’s barometer, consumer confidence fell to -14 in December, a one point drop compared to both the prior month and December 2017. The last time the score dropped so low was in July 2013 and means consumer confidence has been in negative territory all year.

“Many of us are full of festive cheer as we approach Christmas but consumers are finding very little to get excited about as 2018 draws to an end,” Joe Staton, client strategy director at GfK, tells Marketing Week.

“Negative consumer confidence scores are now the norm as we’ve been bumping along in negative territory since the start of 2016. What will lift the gloom? The answer is very little in the short term.”

The news will do little to alleviate the strain on consumer spending that is hitting the British high street. While the major purchase index is up by five points this month compared to a year ago, the savings index also climbed by four points, sending out a message that consumers “are heading to the bank not the shops”.

“For anybody in the business of persuading consumers to spend, there are simply too many ‘unknown unknowns’ to make life easy for marketers and retailers,” adds Staton. 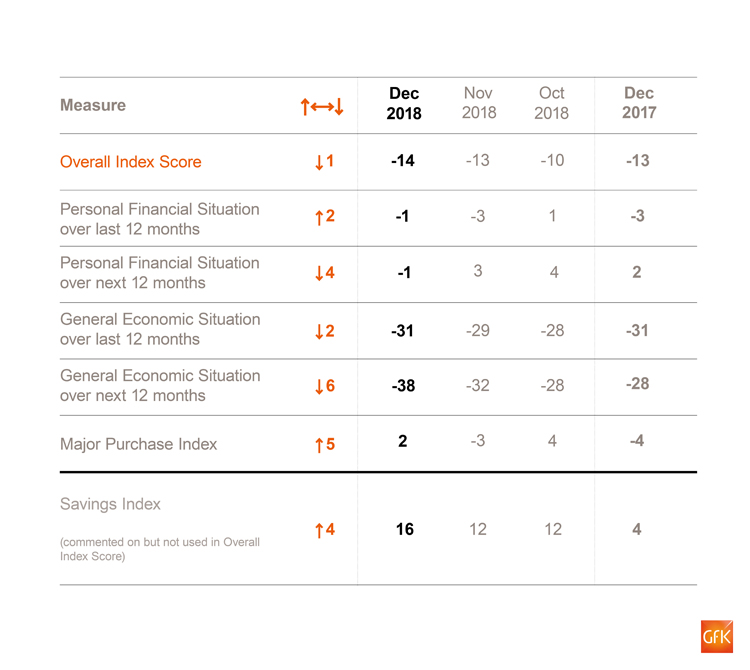 This is reflected in consumers’ perception of the general economic situation. Their views on the economy over the past 12 months and over the next year were both down, falling by two points to -31 and six points to -38 respectively.

On personal finances, while consumers’ feelings about their situation over the past 12 months is up by two points to -1, they expect that to worsen over the next 12 months, dropping by four points to -1 and putting it into negative territory.

“The steep drop of six points for the outlook on the general economy in the coming year is the most telling data point this month with consumers clearly casting a vote of no-confidence in our immediate economic future,” says Staton.

“In the face of ever-rising costs, and the threat of higher inflation combined with uncertainty around the outcome of the Brexit negotiations, it’s no surprise that consumers are in a chilly mood of despondency and putting on a glum face when they look at the prospects for 2019. Sad to say that an unhappy and uncertain New Year beckons despite good intentions from all points on the economic and political spectrum.”

From influencer marketing’s authenticity to rebranding, 2018 marked a year of change. But it wouldn’t have been the same without the Marketoonist’s witty take. Here is the best of Tom Fishburne’s work for 2018. 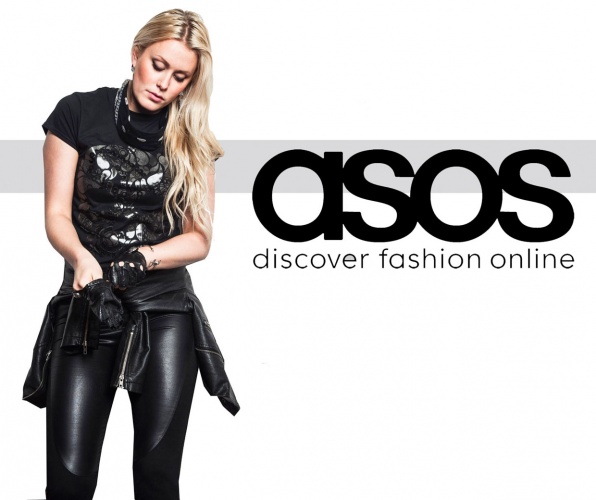 Asos boss Nick Beighton says there has been an “unprecedented level” of discounting in the final quarter of the year, which caused the online retailer to issue a profit warning to the stock market this morning. 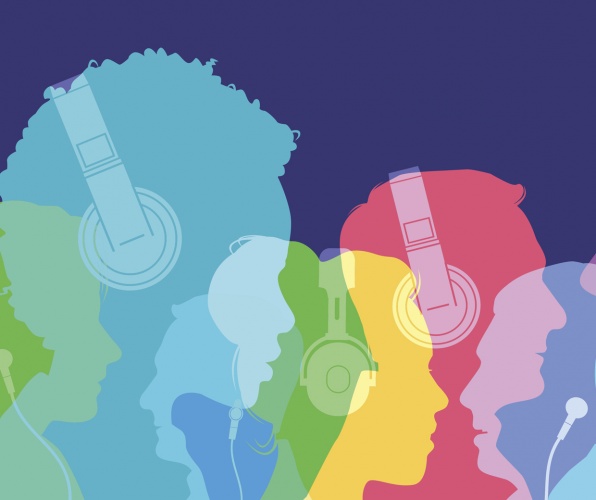 Marketing Week Explores: We take a look back on the year gone by and predict the trends that will dominate the marketing agenda in 2019.