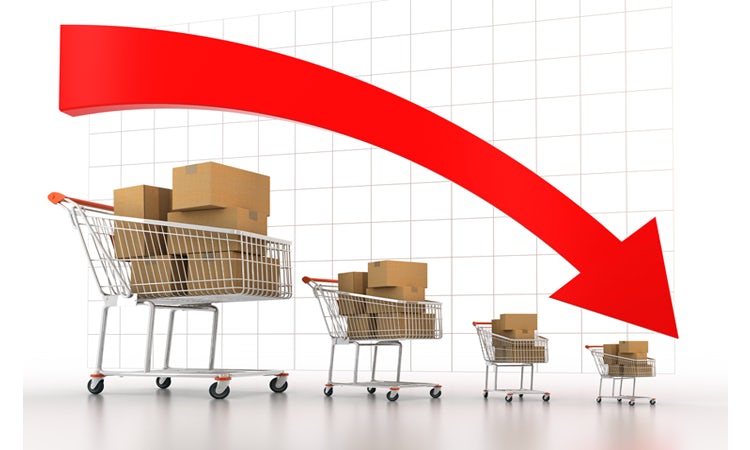 If you were expecting consumer confidence to improve as a result of Brits trading up for the Christmas period then GfK’s latest numbers might make for depressing reading.

For the first 20 days of December, GfK’s major purchase index, which ranks Brits’ propensity to spend money on big ticket items such as electricals, fell one point to a score of -4. This means it’s nearly six times as bad as it was in December 2016 when this score stood at +12.

Joe Staton, head of market dynamics at GfK, has blamed this decline on wages growing failing to keep pace with price rises. “Consumers are under the most financial strain in five years. This pain is reflected in the downwards trajectory across all our consumer confidence measures,” he tells Marketing Week.

“Consumers are facing some major economic headwinds given that wages are growing more slowly than prices are rising. We are all tightening our belts even as the savings ratio continues to drop and borrowing rises. And with a 16-point drop in the Major Purchase Index for the past 12 months, the big question about spending is even louder this month.”

Elsewhere, the measure around the public’s perception of the general economic situation over the past 12 months rose one point but is still stuck on -31. Three out of the six measures were in decline and two flat for December. 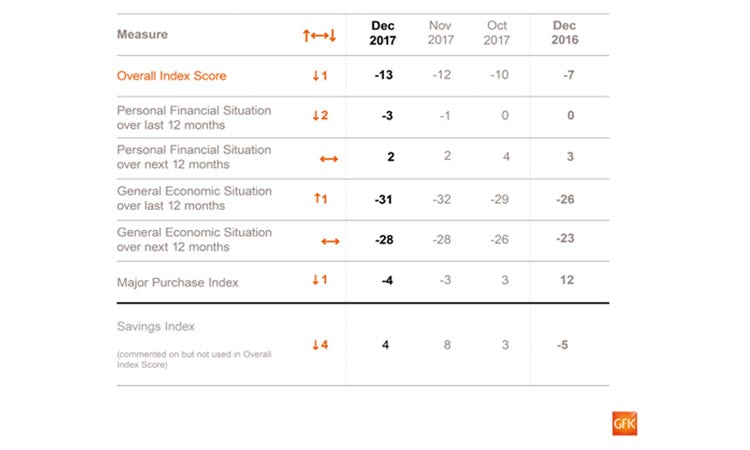 In order for things to return to growth in 2018, Staton says questions around Brexit and possible interest rates rises must be resolved.

He concludes: “We need to see several issues move on before the downward trend of the consumer mood changes. We need to have a better sense of how Brexit will pan out, and also of how quickly and how far interest rates will rise. But none of this will be resolved quickly so there’s every likelihood that 2018 will take us even lower.” 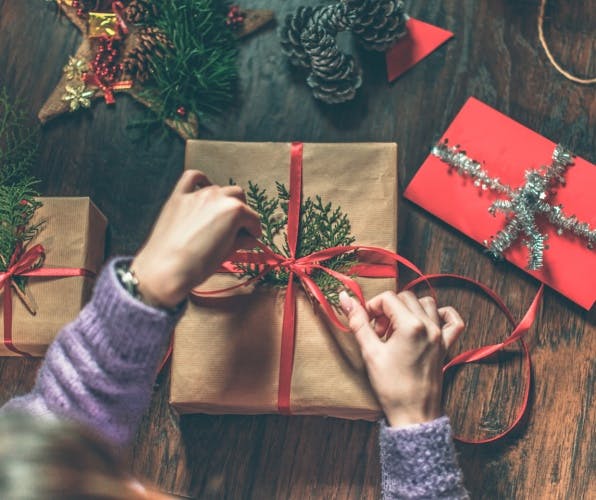