After five months of rapid decline in UK consumer confidence, November has finally registered a marginal improvement. However, with GfK’s Consumer Confidence Index still at a near historic low, marketers have been warned there is “little reason to take solace”.

The index reveals a three-point increase in consumer confidence compared to October, up to a score of -44. All five measures which make up the headline score recorded improvements.

However, all measures remain considerably lower than reported in November last year.

“We need a long sequence of improved figures before anybody can claim there has been a turnaround in confidence.” 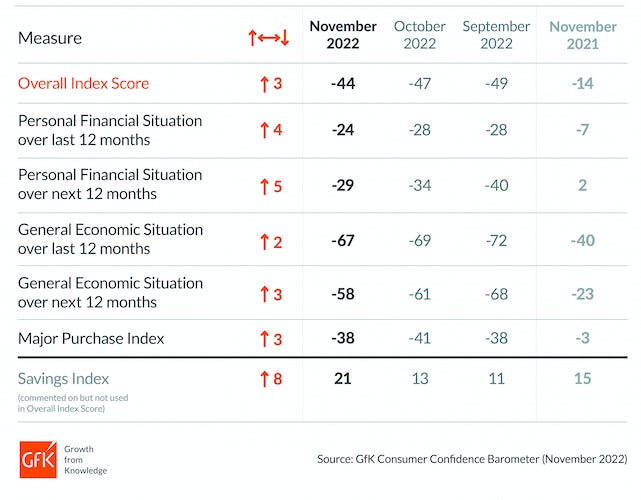 Consumers’ view of their personal financial situations over the last 12 months has improved by four points since October to a score of -24, but remains 17 points worse than November 2021. Meanwhile, people’s expectations for their finances over the next 12 months has risen by five points to -29, 31 points lower than last year.

Perceptions of the general economic situation over the last year have improved by two points to -67, still 27 points worse than 2021. Their view of the year ahead scores -58, up three points since last month but down 35 points over the last 12 months.

The major purchase index, which indicates consumers’ likelihood to buy big ticket items, is 35 points lower than 2021, but has registered an uplift of three points since October to -38.

According to Staton, this month’s improvement likely reflects a “collective sigh of relief” as Rishi Sunak takes over as prime minister, following the economic chaos that ensued under the leadership of Liz Truss in September.

However, with UK inflation hitting a new high of 11.1% in October, the country’s highest inflation rate in 41 years, the squeeze on consumer finances isn’t likely to improve any time soon.

“We are still in a right old mess and there’s little reason to take solace from this month’s improvement,” Staton says.

“The macroeconomic challenges are gigantic and Rishi Sunak and his team are going to have to pull a great many rabbits out of hats before we see any real improvement.”

As the fourth quarter of the year is typically the peak sales period for many brands and businesses, the continued collapse in consumer mood couldn’t be worse timed, he adds. As such, marketers will “probably be licking their wounds” in the first months of 2023.

Praising some of the “savvy” Christmas campaigns this year which have tapped into the negative national mood, Staton advises brands to align “as far as possible” with the challenges consumers are facing.

“With that in mind, and with a recession likely, it’s imperative to avoid cutting marketing spend because it can take years to make up the lost ground. But in time, things will change for the better – they always do,” he says. 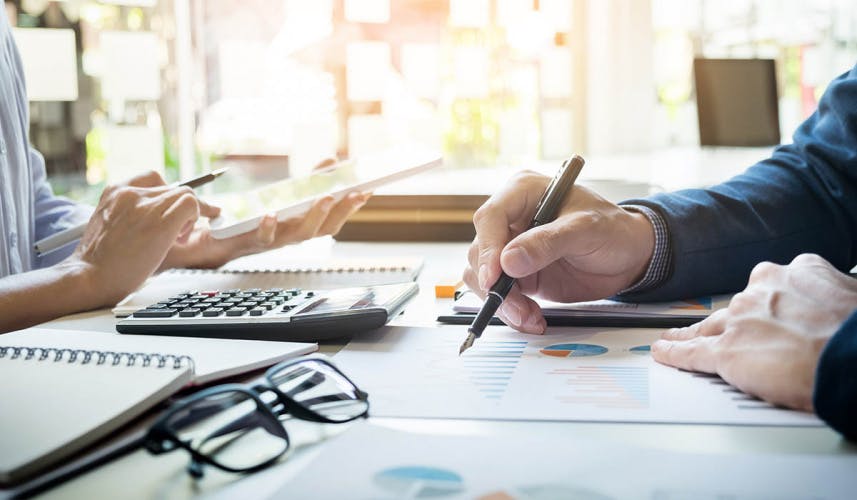 Businesses in “victim” sectors should work out whether investing to secure additional share of market during a downturn is worth the cost, argues econometrician Grace Kite. 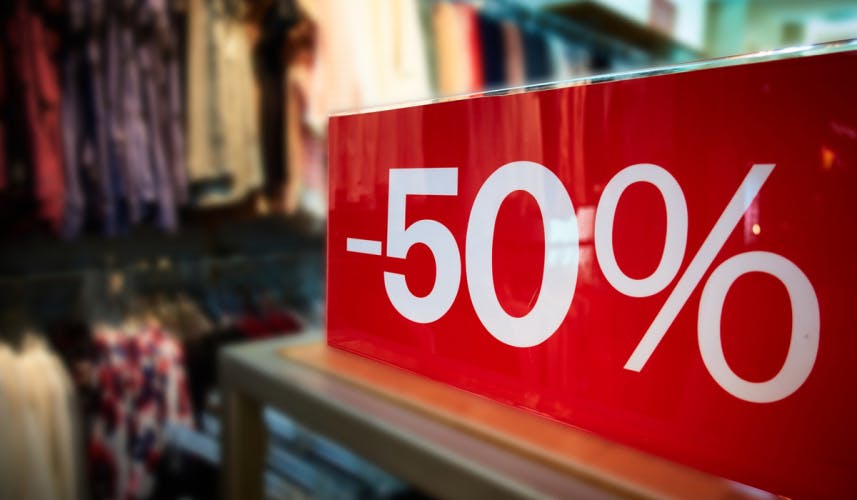 Only a “tiny” proportion of promotional sales are shown to be incremental, which means most price promotions actually reduce profits, Binet explained. 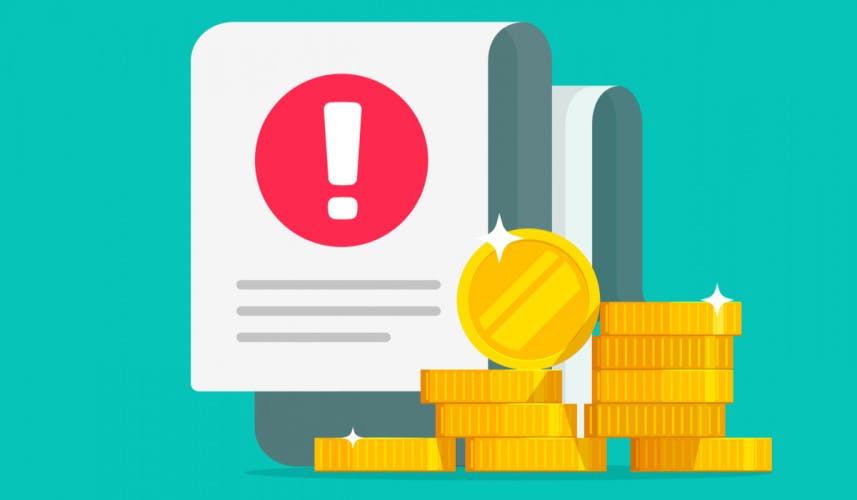 The IPA Bellwether shows marketers are feeling increasingly pessimistic about the future fortunes of their companies and industries, with budget cuts beginning to roll in.