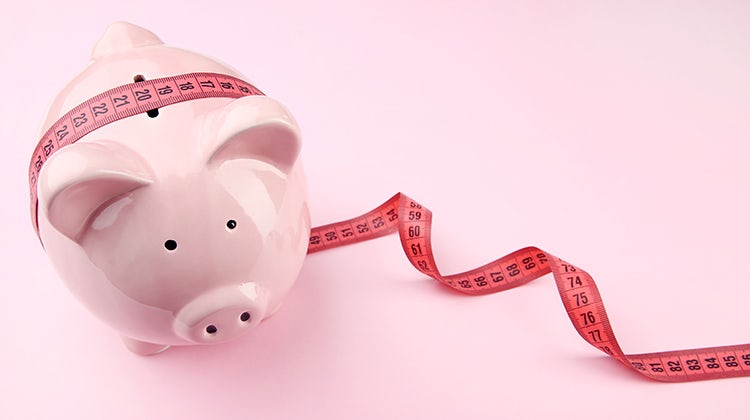 However, the latest data only covers the first two weeks of March before more stringent lockdown and social distancing measures had been enforced, so it is likely confidence has deteriorated significantly since then.

People’s views about their own finances over the next 12 months should be seen as a “red flag” in particular, says GfK’s client strategy director Joe Staton. The measure of confidence decreased by three points to a score of three in March.

“That drop is the most telling number,” he tells Marketing Week.

This really is the time you can build great amounts of brand equity if you’re in sync with how consumers are thinking or feeling.

The steep eight point decrease in the major purchase index should be cause for concern for retailers across the UK as well. However, while this shows people aren’t planning to splash out on things like furniture or electrical goods, people are still spending money.

In particular, spend on ‘durables’ such as tablets, computers, hair clippers and freezers are on the up. GfK data shows revenues here grew 42% year on year in the 12th week of 2020, with online accounting for almost 50% of the market.

“People are hunkering down and expecting to be in it for the long run,” Staton says. “Obviously furniture and cars aren’t doing brilliantly at the moment, but other stuff that makes life more bearable at home [is].” 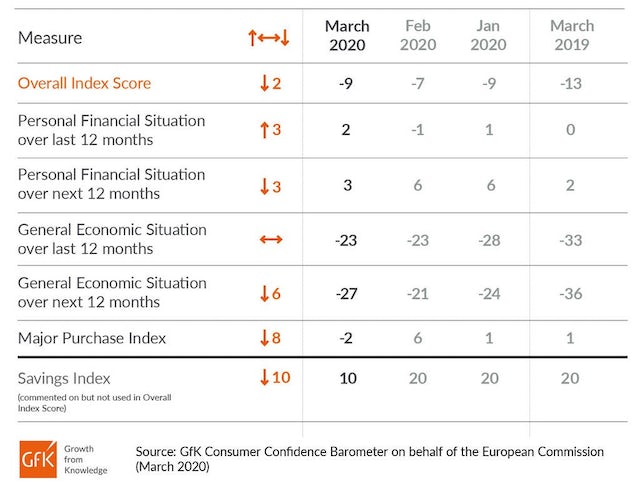 While GfK is anticipating that consumer spending will stall, Staton says this is the time for known brands to come into their own as consumers look for certainty and reassurance. He believes the coronavirus pandemic will be the making of brands that may have been seen as a bit of a “dull old horse”, such as Dettol, in the long-run.

“Brands that can offer reassurance of quality and cleanliness, companies that treat their staff well, companies with a holistic approach to wellbeing of customers and staff, this is their time to shine,” he says.

“This really is the time you can build great amounts of brand equity if you’re in sync with how consumers are thinking or feeling.”

Why brands need to think long-term amid the coronavirus pandemic

In a further sign that people are thinking more short-term, the savings index decreased 10 points between February and March to a score of 10. This is also 10 points lower than this time last year.

However, while consumers do not feel it is a good time to save, do not plan on making any major purchases any time soon, and are becoming increasingly concerned about their personal finances, confidence is still in a much better place than when the index reached its lowest level of -39 in July 2008, when the last recession took hold.

“If you look at it in that context, where we are at the moment is nothing,” Staton says. “That’s the bottom.” 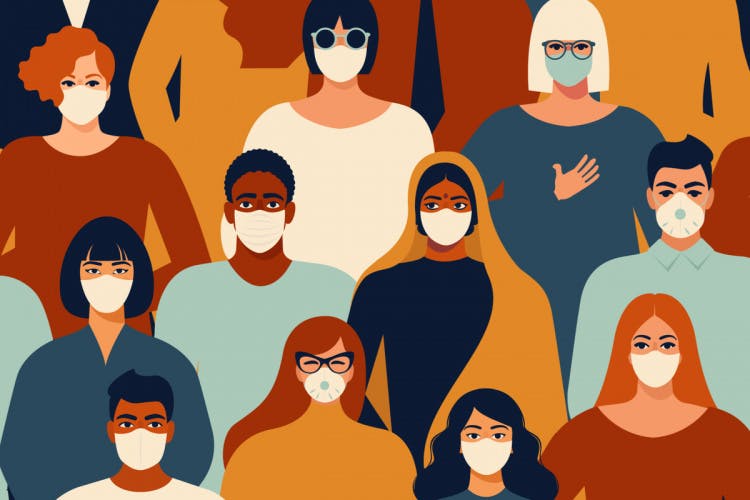 The coronavirus crisis will test us all, but marketers need to think long-term and keep building their brands, protecting their staff and honouring their values.

Consumers believe staff welfare should be a company’s first priority, while brands also have a role to play in supporting governments and wider society through the crisis.