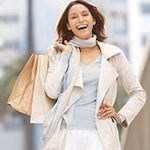 The GfK NOP Consumer Confidence Index increased by four points in August to -18, the first overall increase since February this year.

Consumers reported feeling more confident about their personal finances and the general economy for the past year, as well as the coming year.

The rise should allay fears over a double-dip recession following five months of continuous decline, however the research group says the gain “merely reverses” a drop in July and reflects similar confidence levels to those of May 2009 when the UK was still in recession.

Nick Moon, MD of GfK NOP Social Research, says: “A further fall would have made a double-dip recession seem a very real prospect. The government will undoubtedly read these figures with a great deal of relief.”

The only measure that the barometer found to be decreasing is the “major purchase index,” (down four points to -20), which asks consumers if now is a good time to make large purchases such as furniture or electrical goods.