Consumer confidence has fallen to its lowest score in 13 months, as concerns over the impact of price rises, taxes and interest rates continue to mount.

GfK’s latest Consumer Confidence Barometer reveals a seven-point drop to an overall index score of -26 for February. A lower score hasn’t been seen since January 2021, which at -28 was one of the worst points in the Covid-19 crisis.

“Fear about the impact of price rises from food to fuel and utilities, increased taxation and interest rate hikes has created a perfect storm of worries that has shaken consumer confidence,” says GfK’s client strategy director, Joe Staton.

In January the cost of living hit a 30 year high, according to the Office of National Statistics, as prices surged by 5.5% over the previous 12 months. Inflation is expected to climb over 7% this year.

All five measures that contribute towards the overall index were also down compared to last month, with people’s expectations for their personal finances over the next 12 months taking a particularly notable 12 point knock. At -14, this score is 18 points lower than February last year.

The index measuring changes in personal finances over the last 12 months also tumbled, down five points to -11.

The measure for the general economic situation of the country over the last 12 months fell three points to -50, while expectations for the next 12 months have plummeted by 11 points to -43.

Meanwhile, the major purchase index, a measure of whether respondents believe now is a good time to make a significant purchase, has decreased by five points to -15. However, this is four points higher than this time last year.

Speaking to Marketing Week, Staton says the “real worry” is that confidence could drop even further. Brands must therefore make sure they remain on the “must have” list and stay relevant, he says.

“Price will be a big issue in 2022, but where will consumers make their cuts in expenditure?” Staton asks. “Our survey for February suggests belt tightening is already underway.”

However, demand for overseas travel remains robust, he points out.

“So it’s a mixed picture, but not a reassuring one. The only certainty is that prices will keep rising this year and consumers are fully aware of that.”

Inflation and developing news surrounding the Omicron variant has hit consumer confidence, as this month’s GfK data shows drops in major purchase intentions, personal and economic outlooks over the next 12 months. 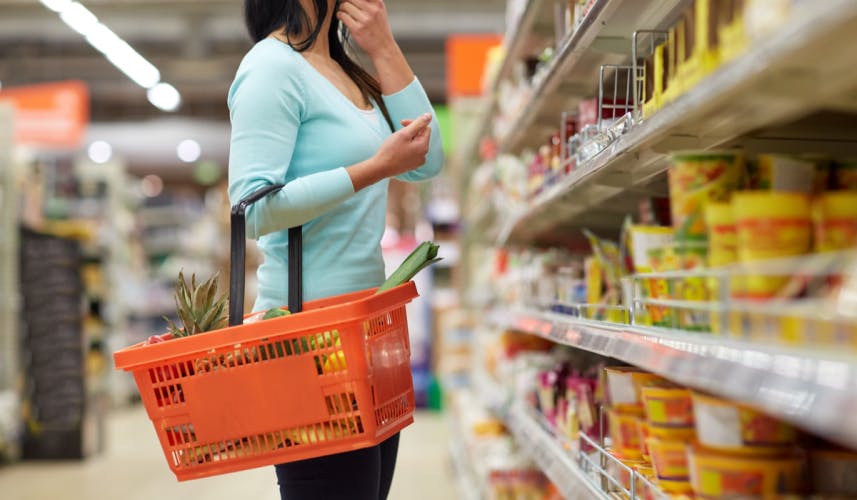 Despite record breaking inflation and higher living costs, this month’s GfK data shows an increase to major purchase intentions and a positive outlook for the economy.