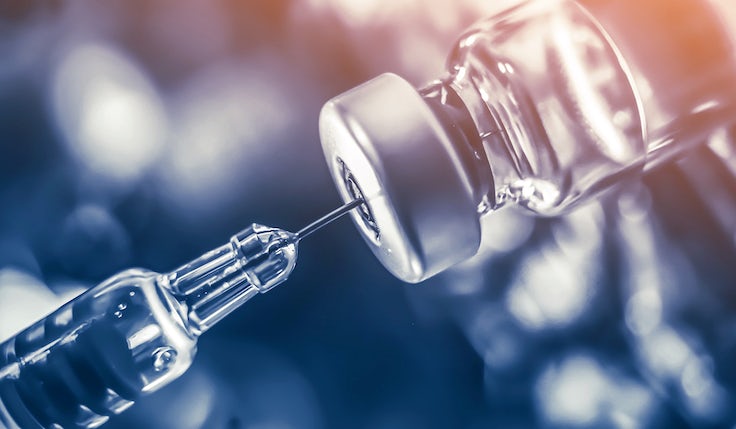 The news of a nationwide Covid-19 vaccination programme has inspired a lighter mood among consumers, who now feel more confident about the future for the British economy in 2021.

The latest Consumer Confidence Barometer from GfK (carried out between 1 – 11 December) reveals overall consumer confidence has increased by seven points to -26, while all five confidence measures are up on November.

Compared to last month, the barometer registered a 15-point leap in consumer confidence relating to the economy over the next 12 months, reaching -35. While this figure is eight points lower than in December 2019, GfK has not registered an increase in confidence about the future economy of such magnitude since April/May 2011.

While consumers appear more confident about the economy in 2021, the measure for the UK’s general economic situation over the past 12 months rose by just two points to -65, some 34 points lower than in December 2019. 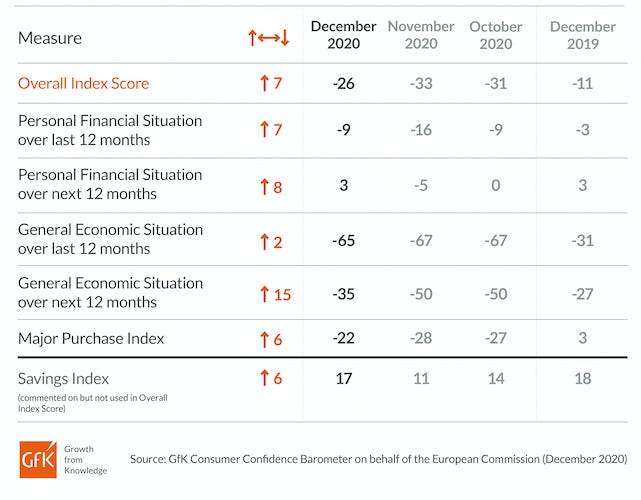 The index measuring changes in personal finances over the past 12 months was up seven points on last month to -9, some six points lower than December 2019. That being said, consumers seem more confident about the state of their personal finances for the coming year, with the index rising eight points to 3. This is the same level as was recorded by GfK in December last year.

Compared to November, GfK’s savings index jumped by six points to 17 in December, only one point lower than the same month in 2019.

The good news for retailers is the six-point uptick in the major purchase index, which rose from -28 in November to -22 in December. However, the level of confidence consumers have in making major purchases is 25 points lower than it was in December 2019.

If consumers feel like they have a good reason to feel optimistic they will quickly respond, notes GfK client strategy director, Joe Staton. 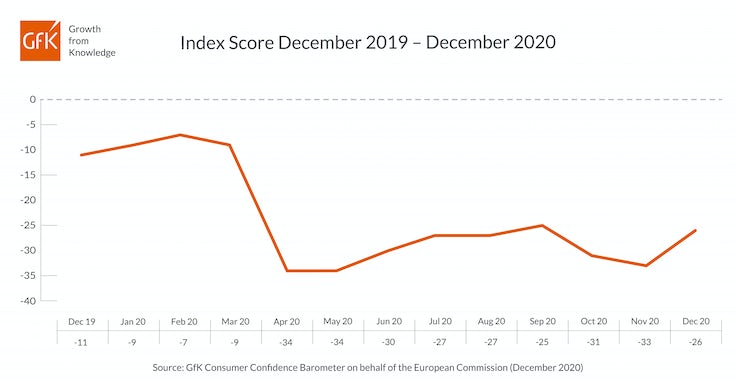 “The improvement in confidence this month – a healthy seven-point jump – comes as we all welcomed the first UK approval of a Covid-19 vaccine on 2 December and the first inoculation that followed on 8 December,” he explains.

“It’s no surprise this has had an immediate impact on how people are looking at the year to come in terms of their personal finances and the health of the general economy. It is also providing a clear boost to purchase intentions, with the major purchase index up six points this month.”

While the overall mood is slightly less gloomy than it was last month and all indicators are pointing in the right direction, confidence remains mostly in negative territory. As a result, Staton believes it is important to keep the December rebound in perspective.

“It’s necessary to sound a note of realism because four of the five sub-measures that make up the headline score are still negative,” he adds. “But change is in the air and, with a few more of these improvements in 2021, we might at long last start to see some strong consumer confidence headlines as the year progresses.” 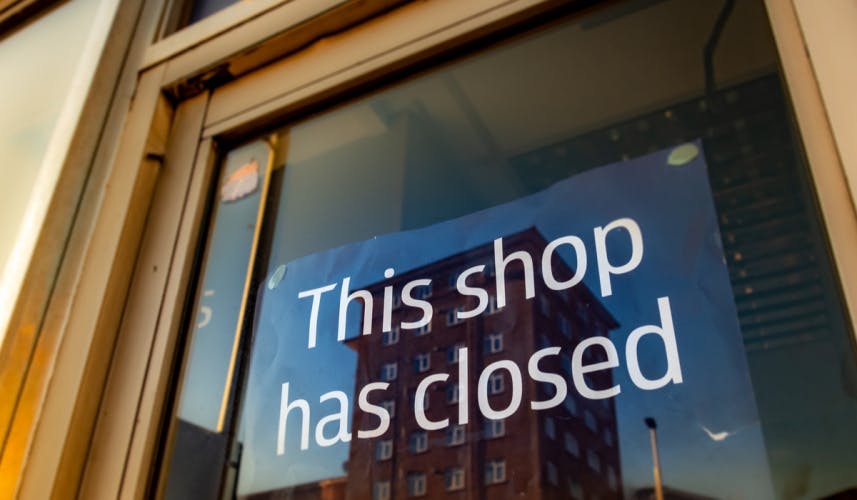 Persistent fears over personal finances amid tightening Covid-19 restrictions have put consumers on edge ahead of the crucial Christmas shopping season. 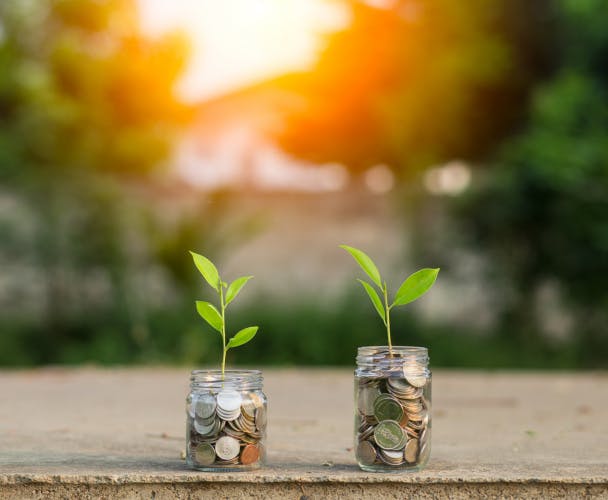