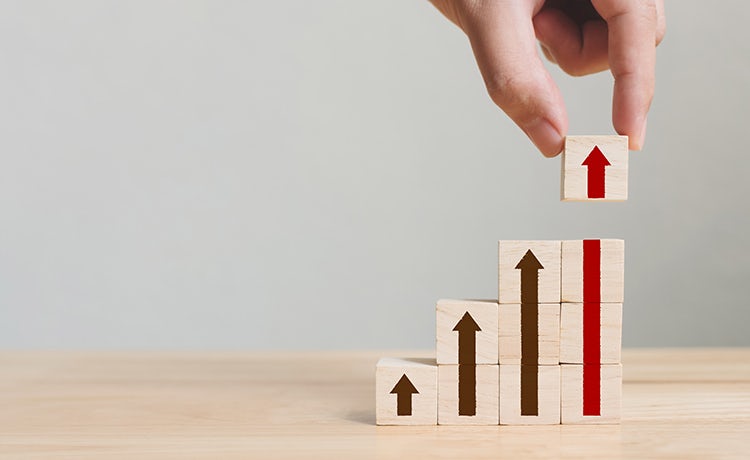 That said, confidence remains in negative territory at -12 and views on the wider economy are still poor.

The measure for the general economic situation of the country during the last 12 months has increased two points this month to -32 and is four points lower than in September 2018. Expectations for the general economic situation over the next 12 months have increased three points to -35 compared to August but are eight points lower than September 2018.

People’s intention to make a major purchase increased two points to three, although this is three points lower than in September 2018.

The savings index also increased two points to 23 – 10 points higher than last year  and suggesting people are thinking much more carefully about their financial future. 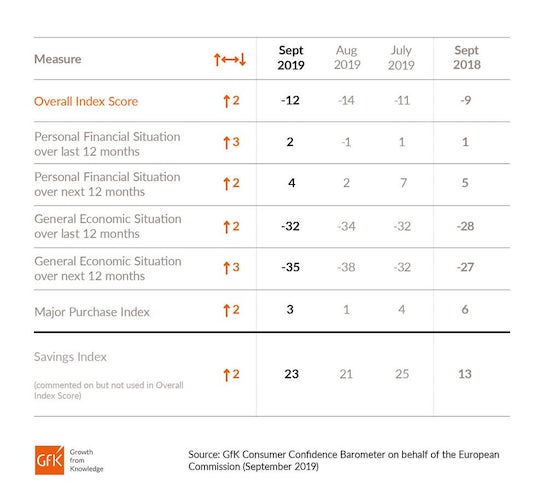 “More mixed signals this month as consumers continue to feel less than positive about the state of their personal finances and the general economy,” says Joe Staton, client strategy director at GfK.

“Yes, all sub-measures are higher, but they are anaemic in the case of our purchase intentions and how we view our wallets, while the results on the wider economy are still depressed.”

“Since the Brexit referendum we have witnessed a long succession of negative overall index scores with the overall trend downwards. This month, British consumers appear to be treading water during this wait-and-see run-up to 31 October. Confidence is an important indicator which typically increases as the economy expands and decreases when the economy contracts and so far, consumer confidence is holding up.” 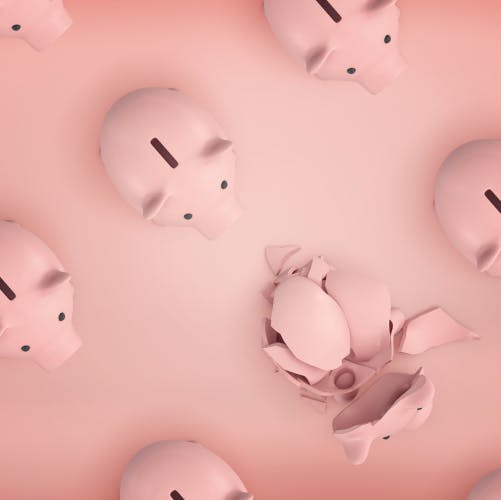