Retailers “should be concerned” after consumer confidence went into rapid decline in June, with the latest figures from GfK showing the overall confidence score at a disappointing -10, a five-point fall from May.

In fact, all six of the main measures experienced a decline as Brits reacted negatively to the General Election result.

Perceptions of personal finances over the last 12 months fell three points to -1; this is seven points lower than this time last year.

The major purchase index, meanwhile, fell a considerable eight points to 1, with an inconclusive hung parliament outcome – and its potential negative impact on the economy  – clearly putting many Brits off making big item purchases. To put this fall into perspective, prior to June this score had risen for three months in a row.

Perceptions of the economy look particularly bleak. The measure for perceptions of the general economic situation over the last 12 months fell five points to -25 in June; this is a whopping 12 points lower than in June 2016. And expectations for the general economic situation over the next 12 months don’t look too much better either; this score fell two points to -23. 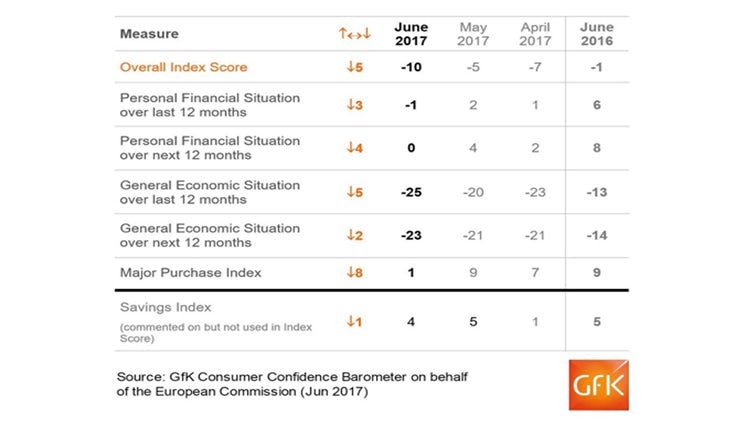 He explains: “This latest survey work began a week before the UK general election and finished one week after it so the timing couldn’t be better in terms of measuring the new consumer mood. It’s clearly a sombre result.

“The plunge in the major purchase index is a particular cause for concern among retailers. This isn’t the first time it has dropped so much – it managed slightly larger falls in July and November 2016. But retailers won’t welcome this latest evidence of concern over non-food spending.”

For months and months GfK has predicted that a fall in consumer confidence was on the horizon. And now that it has finally come to fruition, Staton says it might be here to stay.

He concludes: “Strong consumer spending has propped up the economy since last June but now the twin pressures of higher prices and sluggish wage growth are squeezing household finances and adding to widespread fears of a sustained Brexit-induced economic slowdown.” 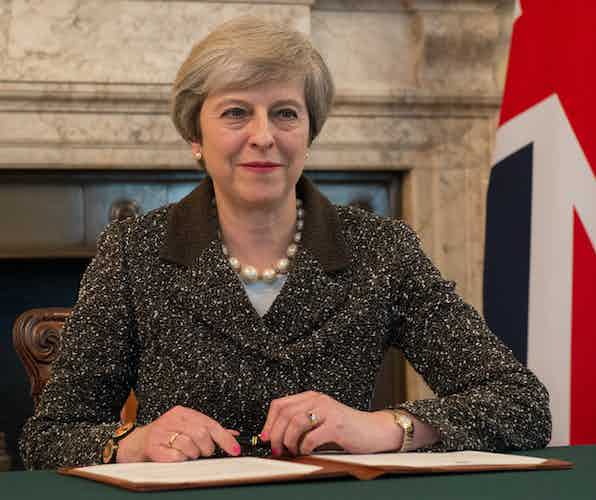 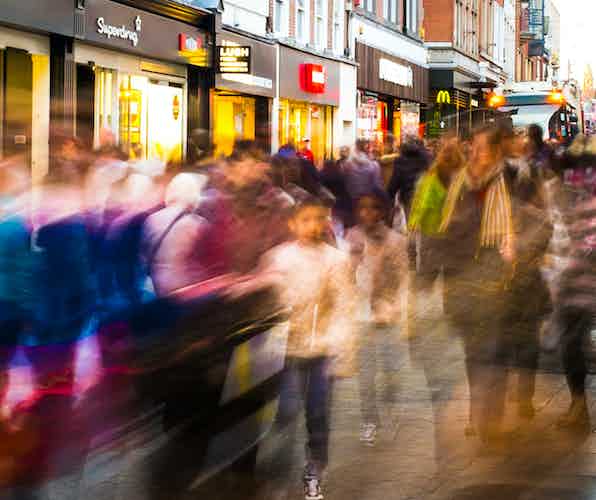 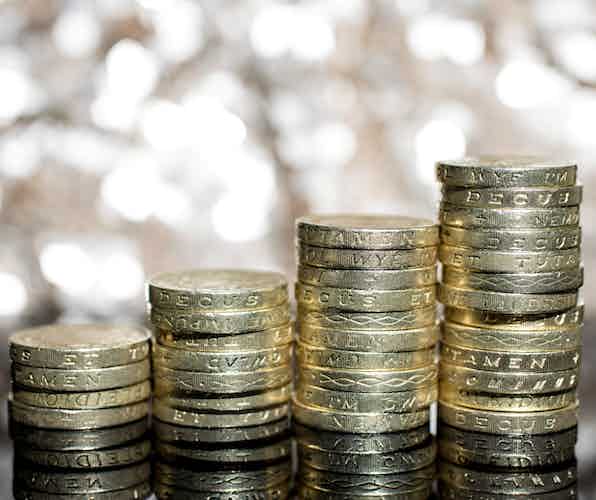