Consumer confidence continues to suffer, stagnating at a historically low level, as the cost of food and fuel spirals and soaring interest rates “darken the financial mood of the nation”.

Inflation hit a new 40-year high on Wednesday, up to 9.4% last month, according to figures from the Office for National Statistics (ONS), while figures from Kantar put grocery price inflation at 9.9% in June.

This is reflected in the latest GfK Consumer Confidence Index, which shows an overall score of -41 for the second month in a row, the lowest level on record. 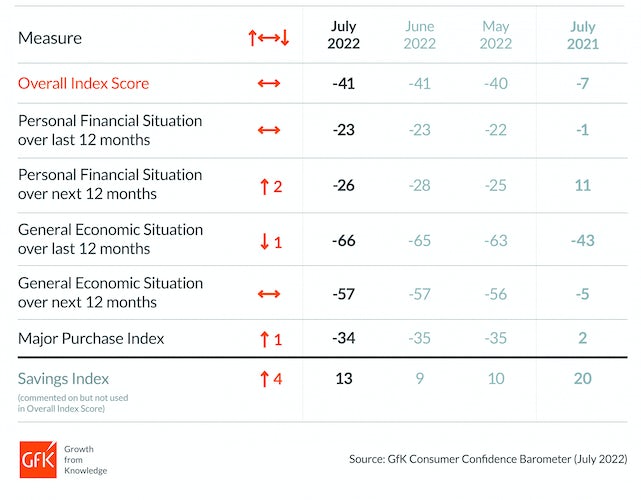 While all measures that make up the headline score remain in negative territory, people’s view of their personal financial situation over the coming year has improved by two points, rising to -26 in July. However, this is far off the score of 11 recorded in July 2021.

Meanwhile, consumers’ feelings about their personal finances over the past 12 months remains flat at -23.

The major purchase index, which indicates consumers likelihood to buy big ticket items, has increased one point, to -34. This compares to a score of 2 in July last year. 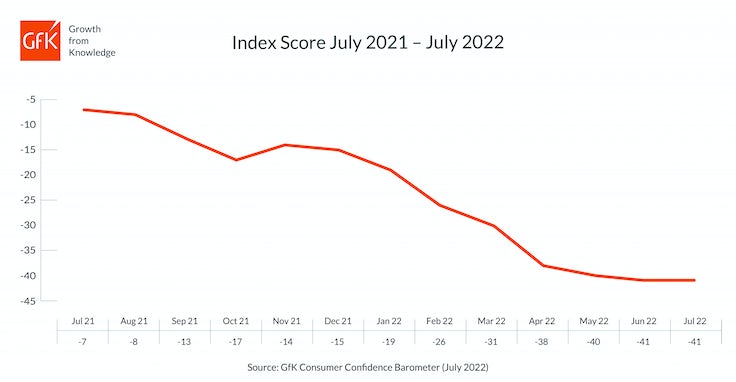 “Consumers rightly have severe concerns about the UK’s poor economic situation,” he tells Marketing Week. “There is no quick fix and the crisis in confidence will be with us for some time yet. We won’t come out of the current economic torpor until inflation moderates and people feel they have enough money to live right and pay the bills. And no one can tell consumers when that is going to be.”

Staton believes the two-point rise in people’s personal financial situation over the next 12 months might reflect optimism given the fact Boris Johnson has stepped down as Prime Minister and the country is set to have a new leader at number 10.

“The UK electorate is looking for a new leadership with a commitment to unleashing growth, tackling inflation and cutting taxation. The successful candidate will need to deliver a much-needed shot in the economic arm of the country if they are to help improve consumer confidence,” he adds. 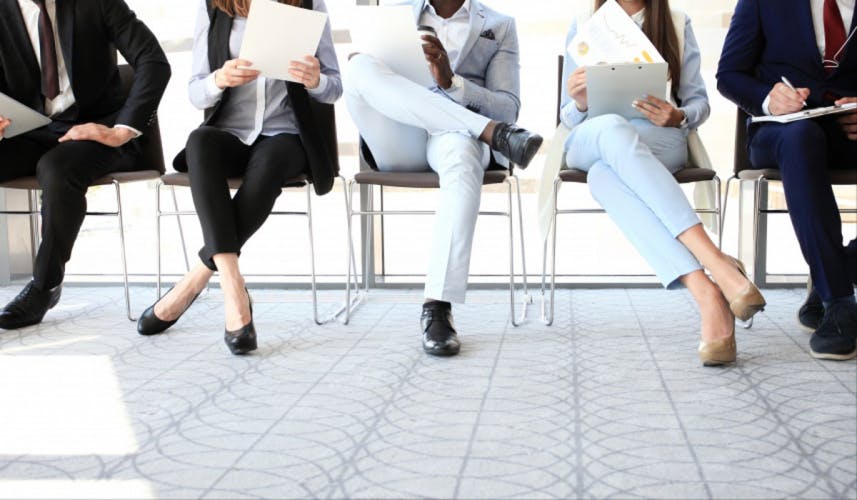 Concerns remain, however, around the condition of the UK labour market, with marketers citing skills shortages and rising wage pressures. 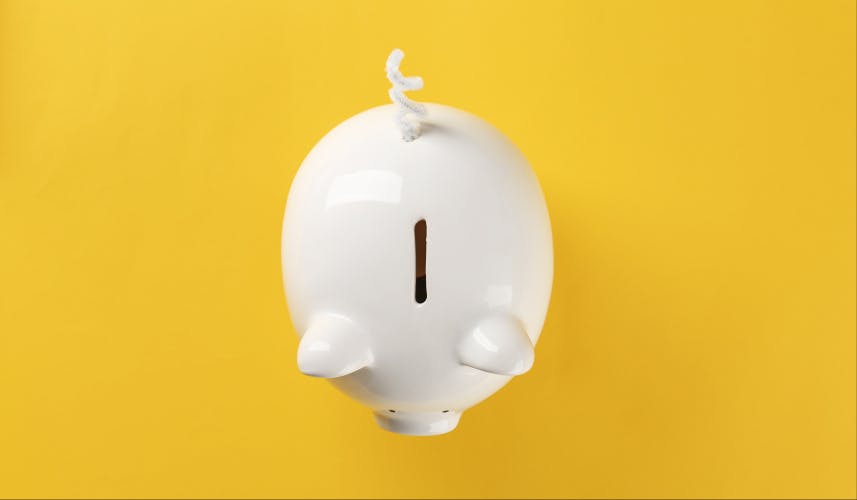