GfK’s Consumer Confidence Index climbed two points to +4 in January. Four of the measures used to calculate the Index saw increases this month, while one remained unchanged.

Consumer saving and spending for January show strong signs of growing confidence among British consumers. The major purchase index, which calculates the likelihood of consumer propensity to spend big on products such as electronic equipment or furniture, has increased nine points this month to +16, which is 11 points higher than this time last year. The savings index has increased five points to +5; this is 10 points higher than January 2015.

However, there is still an air of uncertainty around the general economic situation of the UK – while expectations for the next 12 months have increased one point to -5, this is four points lower than this time last year. 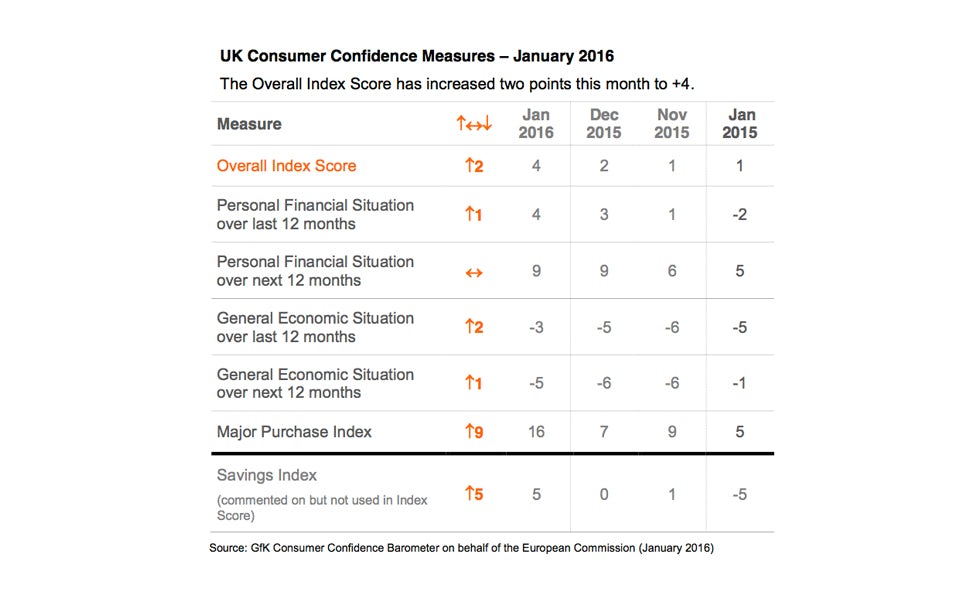 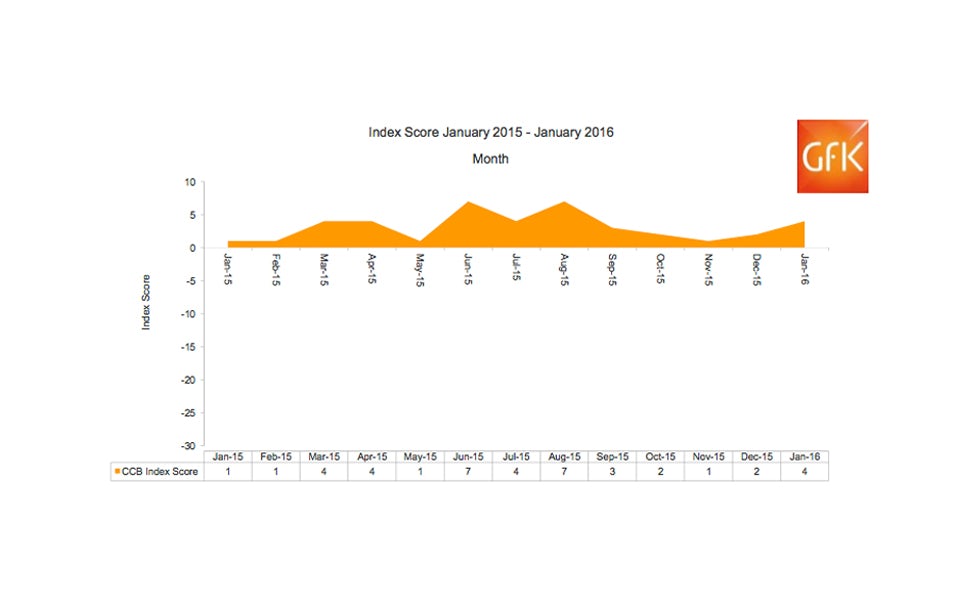 Speaking to Marketing Week about the figures, GfK’s head of market dynamics Joe Staton said he was “pleasantly surprised”.

“At times like this it can be difficult to understand UK consumer behaviour. Despite all the doom and gloom in the news, including falling stock markets, uncertainty about impact of Brexit, migration and immigration and the potential threat of terrorism, the index remains resolutely positive,” he said.

According to Staton, the positive figures can be explained by the fact that UK consumers are enjoying falling prices in the shops, UK households income has largely regained its pre-recession level and low interest rates remain low while employment levels are relatively high.

“The outlook for our personal financial situation remains rosy even when prospects for the general economic situation remain unsure. Shoppers decided to wait for the January sales to grab a bargain both online and on the high street, a fact reflected in the impressive nine point uptick in the major purchase index,” he added.

While the figures are positive for January, Staton is unsure whether consumer confidence will last into February.

He concluded: “It will be interesting to see if this optimism for the future continues into February, maintaining the unbroken positive run since January 2015, or if we succumb to the bad news agenda. Watch this space.”