The findings from the annual Marketing-Gap Tracking Study, commissioned by the Direct Marketing Association and conducted by fast.Map, show that permission to contact is getting harder to gain year-on-year. In 2008, 68 per cent of consumers said they always tick the opt-out box.

Asked about receiving cold contacts, two-thirds now say they do not want it, up from 63 per cent in the previous survey. Attitudes are clearly hardening with one quarter even opting out from communications by companies they know. This has risen from 18 per cent in the year before.

“Through well-publicised instances of data breaches and the mishandling of personal information by large organisations, consumers are sensibly becoming more selective about who they share their personal details with. Trust is integral to any relationship, and this is no less true for the relationship between consumers and the companies to whom they give their custom.,” says Robert Keitch, chief of membership and brand for the DMA.

“While this is clear to consumers, it is down to companies to ensure that they use personal data scrupulously and only communicate with those consumers that have expressed an interest in their products or services,” he adds.

The survey has been conducted for the last five years. A total of 1,367 members of the consumer panel, reflecting the demographics of the UK population as a whole, responded in 2009.

A quota system based on brand popularity will be introduced to the car scrappage scheme for its final weeks, the government has confirmed. 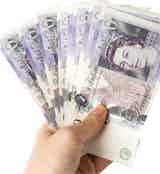 Salaries in the marketing services sector appear to have hit a plateau, while the gender gap in pay rates among senior marketers seems to have grown. But there is good news for online specialists working for US giants.

The Financial Times is launching a print and outdoor ad campaign to back a new editorial series focusing on the growing force of consumers in Brazil, Russia, India and China (BRICs).