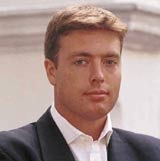 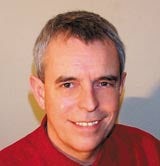 Britain is becoming a nation of online shoppers: but some of the country’s biggest retailers do not yet seem to have woken up to that fact.

As a result, the current boom in shopping over the internet is almost entirely consumer-driven, experts say. However, all the signs suggest that in 2005, retailers are going to invest heavily in their online services in order to catch up with consumer demand. The result is likely to be a record year for e-commerce in the UK.

According to the latest research from the Interactive Media in Retail Group (IMRG), an estimated £4bn was spent over the Net in November and December 2004 – the equivalent of the combined sales of 19 shopping centres the size of Bluewater, and an increase of 64 per cent over the same period in 2003. Indeed, at the end of 2004, online shopping sales were growing 26 times faster than traditional high street sales (IMRG).

The Office of National Statistics estimates total online sales for 2004 of about £40bn. Both the ONS and IMRG figures cover all online sales, including financial services and travel, as well as packaged goods.

Other researchers also predict a significant increase in UK consumers’ online spend for Christmas 2004. Payment processing and credit card fraud experts Retail Decisions (ReD) commissioned an NOP survey which found 44 per cent of consumers saying they would be shopping online, compared with 21 per cent in the run-up to Christmas 2003.

And online marketing and sales solutions provider TradeDoubler argues that the boost to online shopping will not just be for Christmas. TradeDoubler chief marketing officer Will Cooper says the January sales are likely to see just as much online activity, “peaking on Monday January 17 with online sales at a comparable level to those seen in the peak Christmas shopping days in early December.”

People shop online for a number of reasons: perceived convenience, the range of choice available, the quick and easy availability of advice and information about products and, of course, the significant savings that can be made online. Growth in online shopping will continue throughout 2005, say experts, driven in particular by the continuing spread of broadband access.

James Roper, chief executive of the IMRG, says that so far the growth in e-tailing has been the result of consumer demand: but he expects retailers to spend a significant amount on their e-commerce offerings over the next 12 to 18 months, which means that Christmas 2005 should see a similar increase, taking online spend to about £6bn.

Other retail experts agree that 2005 will see even more spent on e-commerce. Neil Mason, senior retail analyst with Mintel, says: “Some multi-channel retailers – Argos and Next, for instance – are doing phenomenally well, and we expect to see many more retailers moving down the multi-channel route.”

According to IMRG’s Roper, spending on new e-commerce systems by retailers has been depressed in recent years because of the major investments in software and hardware towards the end of the Nineties, to ensure they were “Millennium Bug” proof and to take advantage of the fact that during the internet boom years, any investment in e-shopping services pushed up share prices. Those systems are now due for replacement. As soon as they are updated, Roper believes, it will be the retailers that will be driving the growth of online shopping, rather than consumers.

There is a cloud on the e-tail horizon, however: some of the UK’s biggest supermarket groups have been roundly criticised over their online divisions, and the Office of Fair Trading has confirmed that it is in “confidential discussions” with a number of them after consumer complaints over poor service.

A recent survey published by Which? – the organisation formerly known as the Consumers’ Association – found that Ocado, the online grocery delivery service linked with Waitrose, was rated the highest by consumers. Only 14 per cent of Ocado customers said that items were missing from their order, compared with 29 per cent of Sainsbury’s To You customers and 36 per cent of Tesco.com customers.

Ocado also scored higher than its rivals on stock availability, with only 35 per cent of customers saying items had been substituted, compared with 77 per cent of Tesco shoppers and 88 per cent of Sainsbury’s shoppers.

Most e-commerce experts argue that all online retailers (not just grocers) are judged as much on how well they fulfil customer orders as they are on the ease of use of their websites, the range of stock they offer and the security of online transactions.

If online shopping is to grow at the rate that experts predict, retailers will have to ensure that they invest not just in software and hardware, but in the whole process – which includes making sure customers get the right goods, in a reasonable time, at a price they perceive to be fair.