Direct marketing is still failing to be personally relevant to the majority of consumers, a new survey has found. Just 12 per cent say they are receiving offers via DM that have personal relevance, with 54 per cent saying that virtually none are relevant. Only one third (34 per cent) said some of the offers they got were applicable to them.

The results came in a survey carried out by KDB. Chief analyst at the firm, Matt Boot, says: ““It is essential for marketers to use customer data to understand what their customers want. When used intelligently, customer insight can not only help businesses target existing customers properly, but also identify what will attract new customers.”

The failure to use data to drive communications came despite the fact that 42 per cent of the DM offers being received were from companies consumers already traded with and who would therefore possess information about them. Younger consumers (aged 18 to 24) get the most offers from existing suppliers, at 63 per cent of volume, while 41 to 54-year-olds get the least at 33 per cent.

“Given the substantial proportion of consumers who say they receive offers from companies they already deal with, we would expect the level of relevant communications to be much higher. At a time when retaining as many customers as possible is vital to the survival of many businesses, it is surprising that marketers aren’t taking a smarter approach to communications with their customers,” says Boot. 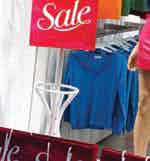 The OFT is currently consulting with the industry and will announce the full scope of its study in the Autumn. But it has already stated that: “We are also considering including the use of personal information in advertising and pricing. In particular, we may look at behavioural advertising where information on a consumer’s online activity […]

As more companies do away with marketing directors and use interim marketers who specialise in short-term project management, Jo Roberts asks whether this will have a long-term impact on how marketers view their careers.

Pedigree, the Mars-owned pet food brand, is to publish a children’s book to promote its Pedigree Adoption Drive charity.