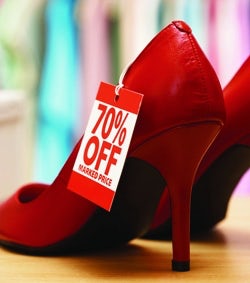 It’s no secret that consumers have less money to spend, particularly on discretionary items, such as clothes. The boom in the discount fashion market in the past year is testament to the trend for saving money.

However, the past year has also brought with it a shift in shopper perceptions of value. This is quenching the demand for budget goods and fuelling desire for premium brands at a discount price, according to Kantar Worldpanel data shown exclusively to Marketing Week.

It shows a huge growth in spend on discounted premium brands such as Karen Millen and Reiss, that has drawn share away from own-label and value brands, both full price and discounted, from the likes of Debenhams, John Lewis, Asos and even Tesco and Sainsbury’s.

The year-on-year £100m increase in spend on these premium but reduced-price brands, for the 24 weeks to the start of September, means that full-price clothing lines have suffered.

At the same time, people are buying more discounted own-label goods from retailers and department stores, with £75m more spend in this area, which is being taken away from full-price goods.

“There has been a big comedown after the fast-fashion peak of 2006 and 2007. People began to stop and think about what they were buying,” explains Kantar Worldpanel consumer insight director Ian Mitchell.

“There was then a trend to buy fewer but more expensive items as a move away from throwaway fashion. We then saw a spate of heavy discounting and promotion at the back end of 2008, to the extent that around one in three items being bought were at a discount.”

In August this year, Kantar Worldpanel classed 35% of the clothing market as being discounted; the same level as during the initial recession starting in March 2009. Notably, shoppers who switched from full-price to discounted clothing increased in spend from £18m in February 2011 to £231m in August 2011.

Shopping habits have evolved slightly beyond looking for the cheapest items at any cost to demanding value for money in the sense of premium goods at affordable prices. Mitchell notes: “In this past year, there has been a shift back to branded [premium] items as opposed to own-label.”

While branded goods from labels such as Reiss or Karen Millen only account for about one in 10 of all clothing items sold, half of those will now be on discount, Mitchell claims, giving consumers a new perception of value for money.

“They have a branded item which arguably is better quality or may have more longevity than an own-label item,” he explains.
“Knowing a premium brand is at a discount makes it worth a bit more in consumers’ eyes.”

Mitchell gives the example of consumers using their bargain hunting skills to ’trade up’. If a shopper bought an own-label coat last year for £50, they might prefer to buy a branded coat this year for £70. The shopper might feel that they have achieved more for their money if the item has been reduced from £100, even if they have spent more than the previous year. 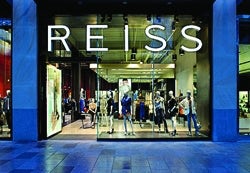 More retailers and brands than ever have increased their level of discounting, with clothing chains contributing the most, according to the data. Department stores, supermarkets and mail-order outlets have increased their discounting activity in the past three months, while online brands have been established discounters for well over the past year.

The growth of supermarket fashion ranges shows there is a decrease in the stigma attached to buying clothes at the same place people buy groceries – and in fact this element is now part of their appeal, claims Mitchell.

“Value retailers and supermarkets today have broader, better ranges and are now part of the normal repertoire of stores consumers will go to for fashion,” he says. “Supermarkets are probably still expanding in terms of the space they are dedicating to clothing, so there are many reasons why they are becoming more popular.”

Mitchell’s data indicates that the only type of clothing not to follow this discount trend is denim, a phenomenon that Miriam Lahage, global head of fashion for eBay, explains is because of the emotional complexity of purchasing jeans and the brand and style loyalty this results in (see Frontline, below).

While consumers want to maintain control over their spending by buying clothes at money-off prices, Kantar figures show the average price per item has been rising while volumes have not grown significantly since January 2009.

“There hasn’t been a year-on-year increase in the number of items bought, so people aren’t actually buying more,” says Mitchell.

“Prices have been rising for a range of reasons such as sourcing costs, VAT increases and deteriorating exchange rates. The price inflation we have seen across the board in fashion in recent years is disguising what’s really happening – that people are buying fewer items. The market may have been growing in value, but that’s not the real picture.”

Mitchell goes as far as to predict that levels of discounting will begin to decrease for all these reasons, despite peaking over the past six months: “It’s unlikely discounting will increase because it’s already at an all-time high.”

Ebay’s Lahage, however, disagrees, contending that the growth of the discount fashion market is the reason behind eBay’s Fashion Outlet launch 18 months ago. Other brand outlet-type online retailers, such as Brand Alley and The Outnet, and even Asos’s designer outlet, are also banking on a continued flow of discounted designer fashion brands.

Whether the discounting trend will or will not continue at this level, what remains true is the fact that most fashion shoppers are now bargain hunters by default and ’value’ no longer equates solely to something being cheap. The demand for discounted premium brands will keep the online discount retailers thriving, but the clothing brands themselves must find the right balance of discount distribution to maintain their high-class edge. 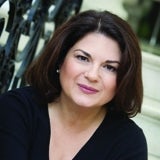 Ninety per cent of the top 100 searched brands on eBay are brands that are not value priced, but quality brands. However, people are typically looking for them at a discount, which was one of the reasons we established our Fashion Outlet. Our customers were most interested in getting merchandise that was meant to sell at a higher price – as reflected in the Kantar Worldpanel data.

The likes of the supermarkets might have become more prominent in fashion but that’s not typically what customers who come to eBay are looking for. There is a feeling that getting a premium brand at a discount is a better use of somebody’s time and money than buying something that’s perceived as disposable.

I think it is the case that more brands that previously weren’t doing much discounting are doing it now. During the recession, we gained customers looking for premium merchandise at discounted prices. Once the recession recedes fully, we think we will keep those customers because they have learned they can get the brands they love at a good deal.

I’m not surprised that the Kantar data shows denim to be an exception to the discounting trend. I used to be a denim buyer and I think that, after swimwear, buying jeans is one of the most difficult purchases for a woman. Once she gets it right, that is her brand. She may dabble with other brands and styles but once you have ’your’ pair of jeans, the switching costs and risks are too high and price isn’t the most determining factor in that purchase.

Every year during my 25 years in retail, I have heard that manufacturers are going to smarten up their supply chain and have less excess inventory, and that they will do fewer promotions in department stores, but I have seen the opposite.

More customers are looking for a trigger to get them excited about shopping and it’s often promotional activity that does that. I think pricing is determined by the retailer and their own branding, but I wouldn’t say that discounting will decline as people are still looking for this. It was the reason we started our Fashion Outlet on eBay and the reason we have gone for it all guns blazing. 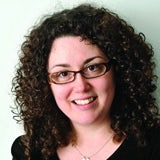 It’s no wonder that in these tough times, Kantar Worldpanel’s data shows that women want their money to go further and will be seeking to get the best quality fashion they can at the lowest prices.

From recent forums on our Origin Panel online community of 7,500 UK women, we’ve seen that women now have a ’mix and match’ approach to fashion and will trade up and down according to what fits their budget.

Certain items are seen as investment pieces – such as shoes and handbags – and this is where our panel indicates they are prepared to spend more.

Our Origin Panel has also found that one in two British women say that since the start of the recession, they have used the internet more to search for discount vouchers and offers – something that is also reflected in Kantar’s data. This is an indication that people are striving to maintain the same standard of living while at the same time reducing their outgoings in this challenging economic climate.

However, two-thirds of our panel say they enjoying shopping for clothes and half agree that retail therapy makes them feel good, showing that women’s passion for fashion remains strong despite financial concerns. 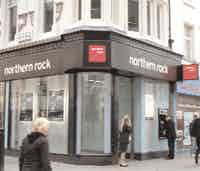 Paul Godwin suggests that the future of loyalty programmes may lie in a universal card that is supported by a large collective of brands (MW last week). While this might free up space in people’s purses, going mobile has to be the logical next step. The Tesco and Nectar loyalty programmes are experimenting with mobile […] 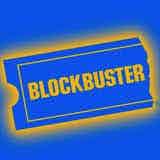 Blockbuster is introducing 99p per night DVD rentals in a bid to revive its high street film rental business in the face of increasing online competition.