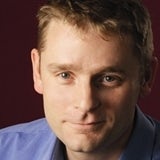 I spend a lot of my time looking at what consumers are doing with media. First-mover advantage is massively over-rated, and often a recipe for losing your shirt while the smart players learn from your mistakes. So just like you, I’m looking for the point where consumers have got it in sufficient numbers, but not enough that anyone else has noticed.

Trouble is, it’s easy. Consumers are so far ahead of the industry, they’re almost over the horizon – and they’re not coming back. I’m running a risk here, but the way I see it, the bigger risk lies in doing – and saying – nothing.

As some media erode and others develop, it’s life or death for the brands that depend on them, and the ability to use media innovatively is a source of real competitive advantage.

So why have so many people concluded that they can afford to wait? Perhaps we can get some insight from the chief executive of a UK TV company who said recently that the Web’s 65% reach of UK adults “doesn’t yet compare with TV”. And from a senior marketing director who thought that because Bluewater is still full of shoppers, the internet is over-hyped.

There’s a tyranny of the averages here that’s excluding a real examination of the true significance to advertisers. It doesn’t take much to find out the truth. A little time with TGI tells us that 90% of adults earning over &£30k use the internet. So do 77% of ABC1s, and 81% of 15- to 44-year-olds.

So practically everyone a marketer really wants to talk to – and finds increasingly hard to access through conventional media – is using the internet. But more than this, millions of people are way ahead of us marketers in the way they use the internet.

In the US, when ABC launched its online video-on-demand service with Lost, servers crashed, unable to cope with demand. Skype has registered 100 million users for its internet phone service. And a survey showed 30% of US 16- to 24-year-olds couldn’t name one of the big four TV networks.

Andrew Walmsley is co-founder of i-level