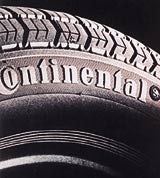 Continental Tyres has moved its media account, worth about &£14m, to Initiative Media to capitalise on its sponsorship of the football World Cup in 2006.

Initiative says the win is worth &£1m in the UK, where Continental markets the Continental, Uniroyal and Semperit brands. Initiative Media account director Richard Stokes says the company will be looking at TV sponsorships in the UK next year, followed by TV advertising in 2005 and 2006 to maximise leverage off the World Cup sponsorship. Continental Tyres is a headline sponsor of the 2006 World Cup, which will be held in Germany.

Continental Tyres last advertised on TV in the UK three years ago, to coincide with its sponsorship of the UEFA Football Championships. The company uses advertising agency Change, based in Germany, for its creative advertising, which is adapted for the UK by Palmer Hargreaves Mint. Continental’s most senior UK marketer is marketing services manager Tim Bailey.

The company’s tyres are also automatically supplied to BMW, Porsche, DaimlerChrysler and Ford.

The win for Initiative Media follows a string of successes in the past month, including the award of the &£97m General Motors UK media account and ICI’s &£8m UK business (MW September 11), and the &£60m France Telecom account for Orange and Freeserve in the UK (MW October 2).

I read with interest the article entitled “Flights of Fancy” (MW October 2) and felt compelled to write to assure the readers of your publication that despite the impression given in this article, the sport of professional darts is flourishing. The loss of tobacco sponsorship has had no impact whatsoever on the Professional Darts Corporation […]

Unilever Cosmetics International (UCI) has consolidated its global marketing into a single position, resulting in the departure of three marketing chiefs. Laura Klauberg has been appointed to the single post – as senior vice-president of marketing – and will report to UCI president and chief executive Kevin Boyce. Klauberg was previously vice-president of brand development […]

As Carlton and Granada celebrate being given the go-ahead for their merger, advertisers and agencies have been left reeling. Many fear that a monster has been created which, with such a dominant position in UK TV advertising, is sure to wreak