Word of mouth could be an even more powerful marketing tool than previously thought, as most conversations consumers have about brands are highly positive. So say the findings of the UK pilot of a study that has been running continuously in the US since 2006, whose findings have been presented exclusively to Marketing Week.

In 62% of conversations brands are discussed in a “mostly positive” context, according to research carried out by Keller Fay. It recorded and analysed 14,000 conversations about brands by 2,500 adults during two weeks in May.

The inaugural TalkTrack Great Britain study, commissioned jointly by media agency Starcom MediaVest Group (SMG), publisher News International and broadcaster ESPN, assesses whether discussions about brands influence consumers. Subjects were asked to record details about the brands they talked about, how the conversations took place, what time of day it was, which media were referenced and what the sentiment of the conversation was.

The study reveals that 36% of those mentioning a brand are very likely to make a purchase. Keller Fay also contacted the individuals with whom the 2,500 adults had had conversations, to assess whether the discussion had influenced their consideration of a brand, or their intention to make a purchase.

On average, consumers speak about ten different brands a day. Among the most frequently mentioned brand categories are food and dining (mentioned by 64% of people each day), media and entertainment (63%), and beverages (57%) – see chart on page 26 for a

The research indicates that the positivity garnered by brands at any given time is likely to be dependent on current events, with banks the worst performing category, perhaps owing to the recent financial crisis.

Adidas and Nike both scored well in terms of the proportion of positive mentions (with 77.6% and 75.3% respectively), at a time when media attention was focusing on the run-up to football’s World Cup in South Africa.

Meanwhile, airlines fared relatively poorly, with the consequences of the Eyjafjallajökull volcano eruption and threatened strike action by air crew possibly having an effect.

Internet “buzz-tracking” surveys have enabled researchers to gauge the tenor of comments on blogs and social media for some time, however online mentions are only a small part of the wider discourse about brands, the data shows.

SMG product development director Paul Selby says: “One of the things that has contributed to the online buzz-tracking revolution is the number of peer-to-peer media sites – Facebook, Twitter, etc – which has really boosted the age-old debate about word of mouth. But it is a myth that all brand conversations happen online. It is actually the case, according to the TalkTrack data, that only 7% of brand conversations happen online, and this is consistent with the US data over the past four or five years.

“We are not just talking about the type of people who post comments on blogs and forums, we are talking about a nationally representative average person. The overwhelming majority of conversations are happening with those people, face to face or indeed over the phone.”

According to TalkTrack, 81% of brand discussions happen face to face and 11% take place over the phone.

Despite the low proportion of brand-oriented conversations happening online, it is the channel most commonly referred to when media and marketing are discussed in relation to brands. When online content is mentioned, 30% of the recipients of information are also “highly likely” to seek more details, compared with 20% where online media are not discussed.

Online and offline conversations also tend to differ in terms of brands mentioned. Technology gets a higher share of online mentions, while food and dining crop up more frequently offline.

Power of online
Media channels and references are significant because conversations are more likely to include a recommendation of a brand when some form of media or marketing is also discussed, according to the research. It discovered that advertising is the biggest single driver of word of mouth, being cited in 17% of cases. Editorial content, websites and point-of-sale materials follow.

Simon Stanforth, group research director of SMG, says: “From an above-the-line advertising perspective, I think it demonstrates that offline campaigns need to work hard at driving word of mouth. There should not necessarily be a separate word-of-mouth strategy, because the core advertising campaign should have a key role in driving word of mouth.”

As well as approaching word of mouth as a marketing objective rather than a discipline, marketers might be persuaded by the research to tailor campaign messages to particular demographics where the aim is to get people talking. No statistically significant difference was found in the positivity towards brands among men versus women, but consumers earning more than £15,000 a year are likelier to be positive while older subjects make fewer negative comments. Married people and those with children are also slightly more positive.

The 18- to 24-year-old demographic could be a “battleground” for brands, Selby notes. “Here there is a high proportion of negative comments about brands overall, but they are more likely to be influenced by and refer to media and marketing.”

More important, however, is the profile of so-called Conversation Catalysts – a term trademarked by Keller Fay, referring to the 8% of the population who have the greatest influence when talking about brands. They discuss more than twice as many brands a day as the average consumer and are more than twice as likely to give advice in all brand categories. They also have nearly twice as many people in their social networks. These individuals are more likely than average to be wealthy, degree-educated and in a professional occupation.

There are so many ways to tell your brand story and as a business we use a wide range of media, tools and tactics to get our brand messaging, news and stories out there. Word of mouth is a powerful tool because it allows people to take a message into their own hands and from there they can really spread the word in a positive way. If those people are given some real insight and they are in a position to positively influence others, then they can become great advocates of a particular message or story.

Taxi drivers are often referred to as the ‘eyes and ears’ of a city and we used them to share the history of founder Hugh Tennent. We invited a group of 20 drivers to hear his story told by a specially commissioned storyteller. They all left with a bag of goodies, including an abridged copy of the story with lots of facts about our brand, which were also distributed to hundreds of drivers at ranks across the city. There is some good anecdotal evidence to show the story is getting out there and being shared among drivers and their passengers.

On traditional media such as TV we brought the story to life with a bit of creative licence, but it was important to engage consumers in the dynamism of Hugh’s character and legacy in a way that did not feel like a history lesson.

You have to provide as much information as you can about the consumers that are out there. To do this we can look at newspapers as a channel and we can look at The Sun as a brand to understand how the consumers of such brands relate to word of mouth. We can go into a lot of depth within brand categories as well.

For our premium brands, The Times and The Sunday Times, we can talk about their reach, how they differ from competitor brands – not just other newspapers but other channels – and the Conversation Catalysts.

Given that we are only one year old in the UK it is imperative that people are talking about ESPN. Quite often people think we are an extension of Sky or that we are an old Setanta. 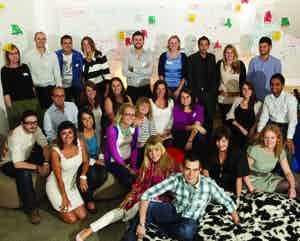 Young marketers face a dearth of opportunities to develop their business and leadership skills and companies are frustrated by a lack of top-level talent. But a new Marketing Academy is moulding tomorrow’s stars and inspiring marketing’s elevation to the board. 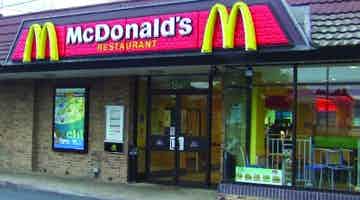 McDonald’s has promoted marketing director Alistair Macrow to take over as its top UK marketer, following the promotion of Jill McDonald to CEO.

Many organisations perceive measurement of marketing effectiveness to be difficult, slow to perform and expensive. This would explain why many of today’s marketers only measure what is easy and not what is important (MW last week). It was these insights that led us to set up marketingQED in the belief that with simple cost-effective tools […]