The Co-op Group has appointed experienced retail marketer Kenyatte Nelson as its chief membership and customer officer, more than 18 months after the departure of predecessor Matt Atkinson.

Nelson joins from N Brown Group, which owns retail brands including JD Williams and Simply Be. He has been chief brand officer at the business since June 2019, following a year as chief customer officer at online fashion retailer Missguided and three years as group marketing director at Shop Direct (now known as The Very Group).

He currently serves as a non-executive director for the British Retail Consortium (BRC), a role he has held since September 2020. On joining Co-op, he will also join the business’s operating board.

Following Atkinson’s exit in June 2021, Co-op’s former customer and community director Ali Jones and data and loyalty director Charlotte Lock took over as the group’s top marketers, reporting directly to then-CEO Steve Murrells. Both have since left the business, with Jones departing in October last year. Director of transformation and former marketer Joe Kessler took on responsibility for Co-op’s customer and marketing function in the interim.Co-op to invest £37m in lower prices following profit dip

All senior marketing leads at Co-op will now report into Nelson. He himself will report directly to new CEO Shirine Khoury-Haq, and will lead the retailer’s strategies across marketing, membership and brand.

The business says his role will involve supporting festival activations, as well as the naming rights for Co-op Live, an indoor arena currently under construction in Manchester.

Nelson’s appointment follows the launch of Co-op’s refreshed food strategy in September, which promises a “renewed focus” on convenience and value. The grocer plans to invest £37m in slashing the price of more than 100 of its own-brand grocery products from now into the new year, treble its franchise store network within three years, and grow its ecommerce business.

The pledge came as the group reported a slump in profits over the first half of its 2022 fiscal year. Overall revenue for its food and grocery division increased 1% year on year to £3.9bn, but underlying operating profits were down from £68m to £41m, reflecting the toll inflationary pressures are taking on the business’s costs.

Nevertheless, Nelson says he “could not be more excited” to join the business.

“It is a values driven organisation that touches and improves the lives of millions of people, and I look forward to working with Shirine, the operating board and the rest of the team, to build on the great work that is already happening across the group,” he says.

As well as his time working in retail, Nelson spent 13 years at FMCG giant Procter & Gamble between 2001 and 2015. During this time he managed national and international marketing across brands including Pantene Hair Care and Nice and Easy Hair Colour. 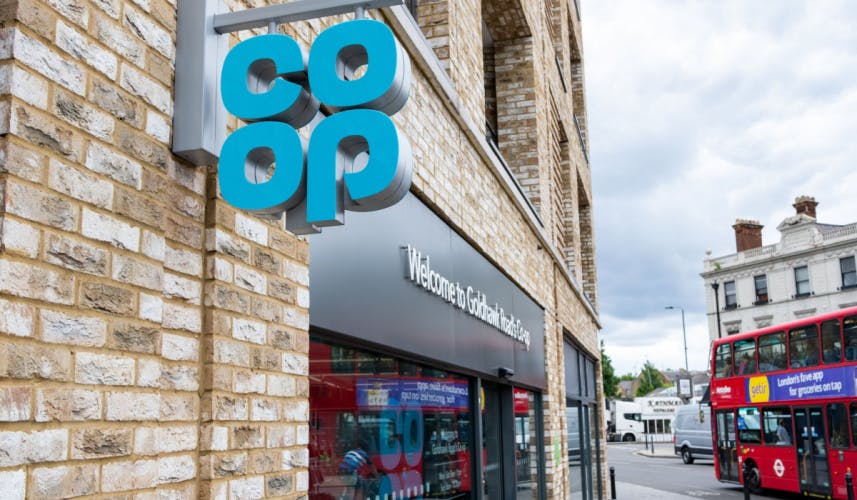 Jones’s departure follows mass redundancies at the group and the launch of a new strategy for its food and retail business last month.

Co-op is making 400 redundancies at its head office as it faces increased costs and a “tough” economic environment.