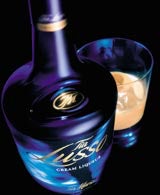 Cordiant, headed by chief executive David Hearn, is now facing a fight for survival after the drinks giant fired it from its roster on Friday. The business was worth about &£18m in revenue to the beleaguered communications group.

Allied’s decision to move the account came just days before the group was due to announce its preliminary results to the stock market. The news sent its shares plummeting 65 per cent from 18 pence to nine pence.

Cordiant’s crisis has thrown into doubt an agreement the company had reached with its lenders last week. Cordiant is unlikely to produce its results on Thursday, and under the rules of the London Exchange, trading in its shares will be suspended.

The loss of the Allied Domecq business, which will involve brands such as Tia Lusso and Beefeater Gin moving to Publicis, is being seen as a final straw for Cordiant and its advertising agency Bates. In the past six months the agency has lost millions of pounds worth of business in the UK from advertisers such as Royal Mail, Safeway, Wella and Woolworths. Last year it lost Hyundai and Wendy’s burger chain in the US.

Insiders are now predicting that Cordiant will become a takeover target for rival communication groups, and are suggesting that Publicis is the favourite to buy Cordiant’s assets. Cordiant already has an option to sell its 25 per cent stake in Zenith Optimedia to Publicis in January 2004 for &£75m. This sale could now be brought forward.

Allied Domecq, which has built up a relationship with Cordiant over the past five years, has refused to say why it has ended the contract. However, an internal e-mail that was circulated at Bates and 141 claims the drinks giant said its decision to hand the business to Publicis was nothing to do with the quality of service; it was just unhappy about Cordiant’s heavy debts.

Bates UK’s existing clients are facing the possibility that it will be acquired or dissolved.

However, DIY Chain B&Q, which houses its &£33m business at Cordiant advertising subsidiary Bates, claims it will not review in the near future. A statement from the company says: “B&Q is happy with the advertising service provided by Bates and we do not have any plans to review our advertising.” Both Seat Car marketing chief Mark McKenna and Thames Water global marketing director Mike Moran claim they also have no immediate plans to review their business.