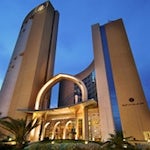 The luxury chain is opening a new site in Trafalgar Square in October next year. Originally called the Metropole Hotel, which was built in 1886, the new Corinthia Hotel will be refurbished with 300 newly designed bedrooms.

The agencies will handle a major launch campaign, with their remit potentially widening to encompass the chain’s other hotels around the world.

It has a presence in locations including Budapest, Lisbon, Prague, St George’s Bay, St. Petersburg and Tripoli.

The agencies won in a final shootout against Hurrell Moseley Dawson & Grimmer which partnered with ZenithOptimedia. Dye Holloway Murray and M&C Saatchi were also involved earlier in the process.

The hotel chain works with CHI Hotels & Resorts (CHI) as its exclusive operator and developer for the luxury hotel brand.

Based in Malta, CHI is a hotel management company that provides the full range of technical assistance and management services to hotel owners around the world.

Elsewhere, Will Orr, the chief executive of the Engine-owned ad agency WCRS will leave his role in the next few weeks. He is yet to be replaced.