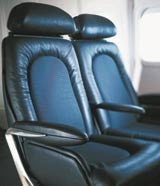 Redundant electric drills, undrunk cans of lager and vacant hotel rooms and airline seats are being bartered by brand owners to fund their advertising campaigns.

Corporate traders – which take unwanted stock off the hands of brand owners in return for vouchers that can be exchanged for media space – have always had to fight against a negative reputation among media owners and agencies. Many perceive these “trade credits” as cumbersome and a diversion from their business.

But the image of corporate trading may be given a boost with the appointment of media veteran Tony Wheble as managing director of the UK’s largest corporate trader, Active International (MW last week). Wheble, a former commercial director of Flextech Television and ex-managing director of TV Travel Shop, has been given the task of “accelerating the growth of the UK operation” of Active, which has a turnover of £70m. He is determined to persuade brand owners, media owners and media agents that corporate trading can protect marketing budgets and safeguard ad campaigns from being slashed.

Wheble fills the chair left by Frances Dickens, who has quit Active to set up a breakaway operation called Astus, which is also aiming to boost the industry’s reputation.

Wheble claims corporate trading is becoming more popular: “More and more business is being conducted through corporate trading as senior executives realise the added value it can provide. I aim to improve the way Active International communicates services to new sectors and hope to broaden our relationships within the media and travel communities.”

Corporate trading can save brand owners from having to sell excess stock to a liquidator for, say, a tenth of its book value. The corporate traders take over the stock – anything from televisions outdated by newer technology to unsold hotel rooms and airline seats – in return for trade credits.

Legally, brand owners are allowed to count these transactions as full-price sales in their accounts, which means they do not have to cut marketing budgets to make up for any write-downs. The goods are then sold through markets or channels agreed with the brand owner.

“We are an alternative to liquidation. We buy goods that brand owners cannot sell and pay full-book value for them,” explains Wheble. The biggest part of corporate trading lies in helping brand owners to use the vouchers as part-payment for media airtime and space in newspapers and on poster sites.

Media owners that are partly paid with vouchers can then use them to pay for their own travel and other expenses. However, one media owner says he would always rather receive full payment in cash for airtime than have deals part-paid in trade credits.

The corporate trading industry suffered a setback last year with the demise of one of the UK’s leading players, MRI International. Some say this has severely knocked confidence in trade credits, since a company holding credits from a trader that has gone bust loses the ability to redeem the vouchers.

However, Active International has offered to redeem any MRI vouchers in order to protect the industry’s reputation.

There are mixed feelings about using trade credits to help pay for media campaigns. Media agencies complain that some media owners – such as Channel 4, News International and EMAP – refuse to take credits on principle, while others refuse because they already have too many. “Our frustration is that many media owners won’t barter,” says Tim Brady, managing director of Alliance, the sponsorship arm of Zenith Optimedia. “Some won’t do it, some have too much credit and aren’t prepared to do any more, so there is little choice in which media owners will take them.”

Peter Thomson, managing director of media agency M2M, agrees that using trade vouchers can be restrictive, but says: “When you can spend them, everyone is a winner – the client is happy, the media owner is happy because he has a new client, and the agency is happy.”

Tool manufacturer Black &amp; Decker part-funded an advertising campaign in 2001 using credits from now-defunct MRI in exchange for 17,000 multi-tools. But Black &amp; Decker trade marketing director for Europe David Fenton is sceptical about the advantages of corporate bartering. “It achieved the objectives, but the process took a lot of time and effort; it was complex to organise. I don’t think the benefits outweighed the time involved, and we haven’t done anything like it since then.”

Astus’s Dickens accepts that there are problems with trade credits, but believes that if deals can be struck between brand owner and media owner for particular campaigns to be funded by offloading specified stock, much of the confusion will be removed. “We have to try to be accountable, transparent and have integrity,” she says.

Corporate trading will no doubt continue to be a niche business in the UK, but as a sector it has to overcome the perception that it is driven by finance directors as an accounting tool rather than by marketers looking to maximise the effectiveness of their ad spend.