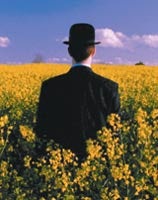 Branding agency Corporate Edge has been appointed by the British Tourist Authority to position the UK as a key international tourist destination.

Corporate Edge’s brief is to develop a competitive marketing strategy for Britain. The appointment coincides with news that revenue from inbound tourists to the UK plummeted 14 per cent from 2000 to £11.25bn in 2001 (Office of National Statistics).

Corporate Edge will work alongside the Wales Tourist Board, VisitScotland and the London Tourist Board together with the English Tourism Council, which at present has no marketing remit, and the England Overseas Marketing Partnership. A steering group is being formed to include the marketing directors of the national boards.

Tourism in the UK has been hit by the strong pound, the foot-and-mouth crisis and the fall-out of September 11.

Corporate Edge deputy managing director Jonathan Hall says the BTA has recently acted more like a crisis-management bureau with tactical activity, such as the £5m UK:OK and the £20m Only in Britain campaign.

“The feeling is that this is all very well, but we have to take a step back and try to understand what the role of Britain is and how we can make the destination competitively distinctive,” he says.

A BTA spokesman adds that the agency would be looking at all BTA activity including direct marketing and online work.

Corporate Edge recently carried out proprietary research for Mar-keting Week on the meaning of “Britishness” for UK citizens (MW May 9).

Philip Jansen, managing director of Telewest Broadband’s consumer division and its former group marketing chief, has left the company following a restructure. His departure follows Telewest’s announcement last month that it is stripping out a layer of management by merging its business and consumer divisions, resulting in about 1,500 job losses. At the time it […]

Britvic Soft Drinks will launch its Pepsi Twist brand in the UK next month. Pop Idol finalist Gareth Gates will promote the Pepsi-Cola variant. The move follows rival Coca-Cola Great Britain’s launch of Diet Coke with Lemon in the UK this month (MW April 4). Pepsi Twist will be the first launch of a Pepsi […]

The word ‘passion’ is being appropriated by brands everywhere. But as Hugh Davidson asks – what is passion without vision or values? By Alan Mitchell