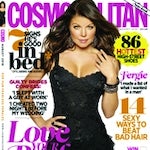 The brand extension has been developed as a long-term loyalty drive to help the NatMag owned women’s magazine attract new readers to its monthly glossy.

The magazine will be created by the same team that works on Cosmopolitan and will feature bespoke content aimed at 18 to 21 year old female students.

Cosmopolitan publishing director Justine Southall told Marketing Week that the initiative is about “recruiting readers to Cosmo and to the print medium”.

She adds: “It’s about bringing content that is relevant at that stage of life to build loyalty to Cosmo and recruit new readers.”

The magazine will be complemented by an online version with content tailored to students such as city guides, budget fashion advice and career and financial help. It will sit as part of the main Cosmopolitan website.

Southall says that the venture is already proving popular with advertisers wanting to target the student market directly.

“It’s a high cost investment but it’s highly targeted and the opportunity to extend Cosmo on Campus is huge,” she says.

Cosmo on Campus will launch in the week following Fresher’s week in October and will be published four times a year in line with term times.

The 56 page, free magazine will not be printed on glossy paper like its parent title, but on colour newsprint similar to that of free magazines Stylist and Shortlist.

Cosmo on Campus will be distributed at 65 university campus locations throughout the UK targeting the 750,000 female students. It will have an initial print run of 250,000.

Cosmo is appointing Cosmo Ambassadors on each campus to hand out the title to relevant readers.

Cosmopolitan will report its latest ABC figures next Thursday (12 August).