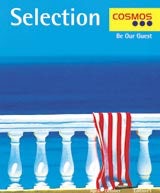 Travel company Cosmos is conducting a major review of its advertising business, worth &£5.5m, as it plans a major campaign for next year.

The company has also put the media buying for five of its brands out to tender and is holding a pitch for the creative account of its biggest brand, Cosmos Holidays.

Cosmos marketing director Ali Naqvi says that though the overall ad spend is about &£5.5m a year, the company is planning to increase that dramatically over the coming year, as it seeks to re-establish its position as a leader in the package holiday sector.

Cosmos Holidays’ creative account is held by MTD, a partner of the TMS Group. MTD is understood to be repitching for the business.

The company says that creative arrangements for its other divisions are not being reviewed, although advertising for touring arm Cosmos Tourama, and resort and cruise holiday brand Avro, is done on an ad hoc basis.

Total Media handles media buying and planning for the Cosmos group’s portfolio, now under review. It won the business three years ago (MW May 30, 2002), and will repitch for the contract, which covers the brands Cosmos Holidays, Cosmos Tourama, Archers Direct, somewhere 2stay.com and Avro.