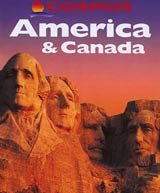 Cosmos, the tour operator, is aiming to consolidate its media planning and buying into one agency, and has drawn up a five-strong pitch list for the &£1m account.

The pitch list for the account includes the incumbents, as well as Total Media, AMD Media, and Equinox Communications. The heads of marketing of each Cosmos brand will oversee the pitch.

The company says that the aim is to achieve economies of scale. It adds that while there are no plans to consolidate its advertising account, individual divisions may examine their arrangements shortly. Tourama’s advertising is handled by Hemisphere; Cosmosair’s by RPM3, Archers Direct by TSM, and Avro by Indigo.

RPM3 created its first work for Cosmos Holidays in January, using press and radio for a campaign featuring the strapline “Cos you can”.

EHS Brann has been appointed to design the FA Premier League’s website following a competitive pitch.

Cheethambell JWT has created a series of television and print ads for bingo operator Gala, which will run for three weeks to May 12.

Go Organic, the 90 per cent Unilever Bestfoods-owned Scottish soups and pasta sauces company, has appointed Bartle Bogle Hegarty (BBH) to its &£2.5m ad account. BBH is understood to have picked up the business after pitching against another undisclosed Unilever roster agency. BBH already handles the advertising for Unilever’s Bertolli and Olivio brands in the […]