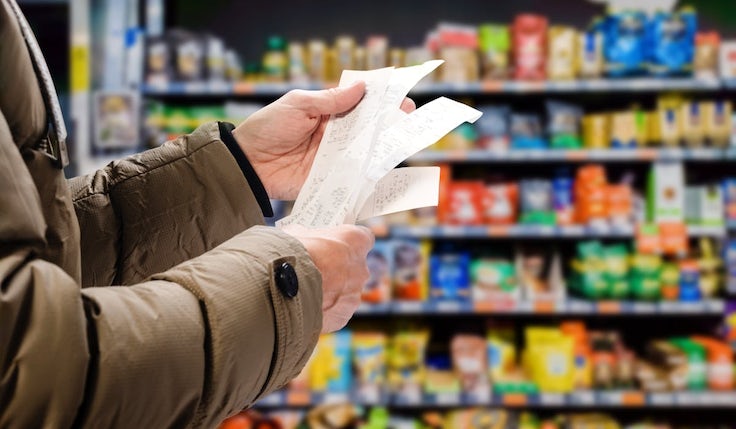 Despite newly announced measures by the government to ease the cost of living crisis, over £12bn worth of spend on non-essential products and services is expected to be wiped out this year.

To put that figure in perspective, it is equivalent to almost the entire DIY and gardening sector. According to the Retail Economics research, conducted in collaboration with HyperJar, the average family’s cash left after paying for essentials will fall by almost 6.5%, or £430.

Meanwhile, data shared with Marketing Week by strategic consultancy BritainThinks reveals a third of the public say they have already reduced their spending on non-essential items. Of the 2,000 consumers surveyed, a further quarter say they will definitely be making spending cuts in future.

Naturally, there are some categories that are going to fare worse than others this year as consumers look to reduce their spend where they can.

While the UK may not yet be in an official recession, consumers are increasingly behaving in a “recessionary” way, Retail Economics CEO Richard Lim tells Marketing Week.

That offers brands a “blueprint” in how they can expect consumers to behave this year, he adds.

According to Lim, two of the first areas consumers cut back on in times of recession is eating out at restaurants and takeaways.

Likewise, a survey of 2,000 consumers by Braze, published this week, found takeaways and food orders were the purchases consumers (61%) plan to cut back on the most during the remainder of 2022.

Yet, as takeaways and restaurant spending drops, certain grocery categories are likely to grow.

Honor Strachan, principle retail analyst at GlobalData, notes through the Covid-19 crisis, people began to cook at home from scratch more often. It’s a trend she expects to continue amid the cost of living crisis this year.

“It’s another way for consumers to save money. Rather than investing in pre-prepared meals or ready meals, it should be much more affordable to cook from scratch,” she says.

Indeed, new Kantar data shows continued interest in baking, as flour volume sales were 28% higher this month than in March 2019. The dry pasta market is also 17% larger compared with two years ago.

Looking at plant-based food alternatives, which have been a major investment category for brands and retailers over recent years, Strachan expects them to remain popular. However, sales may be hindered by their higher price point.

“Grocers are going to really have to innovate and broaden those offers as demand increases, but they need to ensure that they are affordable,” she says.

“That said, with the cost of meats and fish rising. They have an opportunity to really justify the price of plant-based alternatives and undercut the price of meat and fish.”

Supermarkets are also likely to see a significant shift in consumer spend towards their own-label ranges. Own-label products now account for 50.6% of all spending, up from 49.9% last year, according to Kantar.

“We saw this during the financial crisis, as well as five to seven years ago when at one point food inflation reached 10%,” says Retail Economics’ Lim.

“What we’re likely to see is that people will cut back on branded products, and look instead to own-brand and private label.”

Consumers might also shop increasingly with discount supermarkets like Aldi and Lidl, both of which almost exclusively sell private label products, Lim adds. Indeed, over the last 12 weeks Aldi and Lidl boosted their sales by 3.6% each compared to last year. Aldi achieved a record market share of 8.6%, while Lidl matched its best performance at 6.4%.

No wonder then supermarkets have been doubling down on their own-brand offerings, extending their offers, selections and launching new ranges. Earlier this week Asda confirmed the launch of ‘Just Essentials by Asda’, a new budget range with 50% more products than the ‘Smart Prices’ range it will soon replace.Asda faces clash with Waitrose as it launches ‘Just Essentials’ range

GlobalData’s Strachan adds: “Private label is expected to outperform. A lot of consumers will be forced to trade down from big name brands to supermarket private label ranges.

“Grocers will be really trying to push their own brands as a good alternative. They’re going to have to really justify the quality, making sure that promotions, packaging, branding is really strong to really encourage that customer to trade down and to make them want to trade down, because ultimately a lot of consumers are going to be forced to.”

However, Strachan expects supermarkets’ premium ranges, such as Sainsbury’s Taste the Difference and Asda’s Finest range, to suffer. Grocers will have to “work really hard” to justify spending on those products, she says.

“The people that bought into those ranges as a treat or a weekly thing – it’s those customers that are at risk, because they are easily able to trade down and cut out that spending,” she adds.

Elsewhere, one of the general retail categories most at risk from reduced discretionary spend is clothing.

BritainThinks reveals 31% of consumers say their spending on clothing and footwear has decreased, while Braze found 47% of respondents were planning to cut spend on clothing over the rest of the year.

Electronics are another retail category that is “really sensitive” to changes in income, Lim says, from TVs to consoles, tablets to coffee machines.

“We’ll see cutting back on electricals and bigger ticket items like that, where consumers can usually stretch out the replacement cycles when necessary,” he predicts.

Subscriptions are another area in which consumers cut back, Lim adds, whether that’s reducing their Sky or Virgin Media package to get rid of the sports or movie channels, or switching their premium Spotify account for the free, ad-supported alternative.

“Subscriptions are an area where spending often goes unnoticed. And actually, during times where incomes are under so much pressure, there’s a lot more focus on spending at a much more micro level,” Lim explains.

Holidays and trading down

Typically, large expenses are a prime area to cut spend. Indeed, BritainThinks’ research shows 33% of consumers are already cutting back on expenses such as holidays, home improvements and moving home.

However, after two years of pandemic restrictions preventing travel, consumers may be more reluctant to sacrifice a week on the beach. Braze’s research shows holiday bookings was the area respondents were most resistant to cut back on (27%).

Instead, travel companies could see consumers trading down in their holidays, Lim says. Instead of a holiday to the Maldives, they may stay in Greece. Instead of going to Spain, they may have a staycation.How EasyJet plans to ‘move the brand forward’ with its first post-pandemic campaign

Trading down won’t stop at grocery ranges and holidays, however.

“We’ll see a much more fragmented spending profile for consumers,” he suggests.

While £430 might be the discretionary spend cut for the average family, Retail Economics’ data reveals a huge amount of variation in the cost of living crisis’s impact on different households.

The most affluent households will see very little reduction in their discretionary spending power. Indeed, the Bank of England estimates households are sitting on top of around £260bn in additional savings, but those are predominantely concentrated in middle to high income households.

The least affluent families will be hardest hit as their discretionary income is expected to plunge 19.5% per household – almost £850 – in 2022.

“It really does depend household by household. Although we’re going to go through this cost of living crisis, there are actually a lot of houses sitting on top of savings that will cushion that blow,” Lim says.

Those product categories more focused on higher income households will likely perform better than others, Lim suggests, such as luxury goods and designer brands.

Meanwhile, 85% of those questioned by the Retail Economics report said they want to be better rewarded for their loyalty to the places where they spend most often this year.‘Strong brands always win’: Why marketing investment is crucial to survive inflation

“This offers a huge opportunity for retailers and brands to reimagine the way they connect with customers to offer them value and loyalty. As incomes come under increasing pressure, recessionary behaviour will kick in for consumers,” Lim says.

“Trading down, searching for deals and shopping around will become more commonplace, with a new wave of cost-conscious shoppers looking to form new, more rewarding relationships with retailers and brands. There will be rich rewards for those brands who form these relationships during times of need.”