The campaign took a direct shot at its rival in some executions, one of which declared ’Sorry Starbucks, the people have voted’. The US coffee chain retaliated by complaining to the Advertising Standards Authority (ASA) over two executions in the campaign: “Starbucks drinkers prefer Costa”; and “7 out of 10 coffee lovers prefer Costa”.

Starbucks said the grounds for the complaint was that the ads were misleading, that the methodology used in the survey was flawed and that the small print explaining research was not sufficiently legible.

Now the ASA has cleared Costa’s advertising on all counts in a lengthy ruling, which found that the methodology of the research was sound, the copy legible by people with normal eyesight and the messages were not in breach of regulations around truthfulness.

A Starbucks spokesperson says: “It’s puzzling that the ASA has changed its mind since its initial findings in our favour – especially as Ofcom ruled the campaign was misleading as long ago as September. However, our coffee is Fairtrade and from the best 3 per cent of the crop and the fact we have a record number of customers says more about it than a paid-for survey based on just 57 people.”

The campaign, created by Karmarama, first appeared in March 2009. Costa is no longer using the strategy but continues to retain Karmarama. 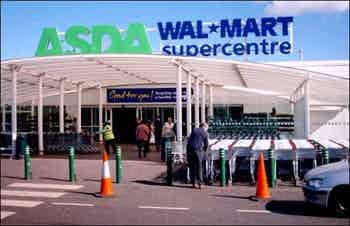 Sainsbury’s is to launch the first branded food and drink channel on MSN in a bid to target mums.