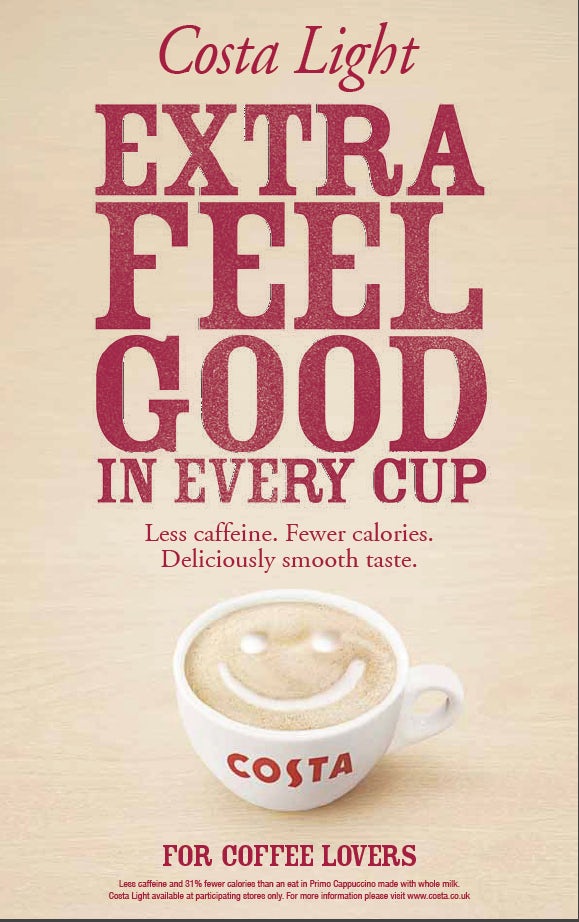 Costa Coffee is using a new strategy of emotion-led marketing to promote its new Costa Light drink (see right). The campaign for the drink, features ads promising ’All the love, none of the handles’ to tap into consumer concerns about consuming too many calories in their hot drinks.

The move to offset diet guilt marks a change in creative approach for the brand. Until now, Costa’s creative work has concentrated less on emotional appeal and instead tried to set the brand apart from its rivals, such as Starbucks or Caffe Nero. It’s “7 out of 10” campaign claimed that in taste tests more than twice as many consumers preferred Costa cappuccinos to the Starbucks equivalent (see one of the ads below).

For a brand that has reached the number one position in the UK coffee market following its ’building preference’ strategy, the change may be puzzling for some. But, Ben Bilboul, chief executive at the company’s agency Karmarama explains: “Previous campaigns were focused on shaking consumers out of complacency with their coffee purchases to build brand preference.

“We’ve used customer insight to evolve Costa’s marketing and for Costa Light promotions, we’ve produced creative that focuses on the feel-good feeling as much as it being a diet product.”

While Costa’s crusade “To Save the World from Mediocre Coffee” has already seen the business reach nearly 1,300 outlets in the UK and overtake McDonald’s in store numbers, Bilboul says there is more to do.

He argues: “If you’re going to lead the market, then you don’t want to play back to consumers what they already know. The best challenger brands are thought-leaders; they may not be the biggest but they’re the ones that set the agenda.”

Bilboul, who has worked with Costa since 2006, feels the success of print ads and Costa’s first TV spot las year (see below) have provided a strong enough base so the agency can now use creative concepts around emotional engagement. With a strong consumer base in place, the company can move forward to talk with consumers about more individual reasons for buying its products.

Bilboul says: “There’s no question that having a preferred brand now in place has allowed us to concentrate on playing up the feel-good nature of Costa Light to both men and women.”

Not every part of the brand’s differentiation advertising strategy will be overhauled: the print ads for Costa Light maintain the direct language of the agency’s previous work. With Costa reporting a sales growth of 28% year-on-year despite the tough economy, it’s clear that the message about the brand’s distinctive character still tastes true to its customers. 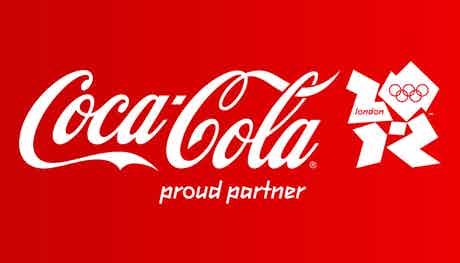