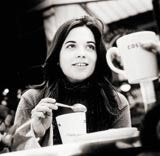 The Whitbread-owned Costa Coffee chain is stepping up its marketing for 2005, by increasing its marketing budget by up to 50 per cent. It is also to expand its marketing team in support of its domestic and international expansion plans.

There are also plans to review the chain’s advertising agencies to support the change in strategy. The chain currently uses Alcone for brand communications, Hurricane for packaging design, ALSM for new store marketing and CompanyCare for PR.

Costa, which has 365 stores in the UK, plans to increase its focus on above-the-line advertising. Marketing director David Hutchinson says the company has focused on communicating its brand values internally, adding that it is time to start driving brand awareness among consumers.

The chain will also concentrate more on its international expansion. It already has 80 stores in ten countries in the Middle East and plans to increase this number to 250 over the next five years. It also recently entered the Irish market and plans to open two stores in Delhi, India, in April.

Hutchinson says the company also wants to move into China and, in the long term, the US. He plans to use the countries in which the chain has already opened as “hubs”, from which Costa can expand to other countries. It also plans to use the Middle East as a gateway for expanding into Africa. He says that each hub will have its own management team, including a head of marketing, ultimately reporting to him.