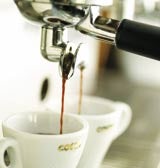 Whitbread-owned Costa Coffee is seeking a head of marketing to replace Nick Read, who has been handling the role temporarily.

Read, who has previously worked as a marketer at Premier Lodge, is planning to leave Whitbread in July, although it is not known whether he has a job to go to.

Read was brought into the newly created role by Costa marketing director David Hutchinson last November (MW November 11, 2004). Hutchinson says he has been working with Read to see if a UK-focused head of marketing role is necessary, and he has now decided that it is. He is planning to speak to internal and external candidates.

Hutchinson was appointed as marketing director last June with a brief to develop the chain, which has more than 365 outlets in the UK. He has already boosted the chain’s marketing budget by 50 per cent (MW January 6).

Hutchinson is keen to improve the brand’s awareness among consumers and is working with Meteorite on its below-the-line work. He is also looking for a new PR agency.

Costa has 80 outlets in ten countries across the Middle East and hopes to increase this number to 250 in the next five years. It is also expected to open stores in India and Pakistan soon.